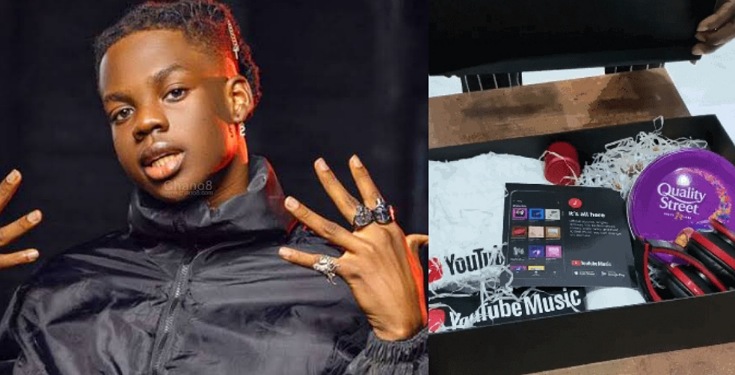 Nigerian singer, Rema, has been rewarded by the American video streaming platform, YouTube after his song, “Beamer” hit 10 million views.

Beamer was released a few months ago and has now accumulated over 10 million views on the streaming platform.

Sequel to this, YouTube sent Rema a box of several musical gifts.

MORE READING!  Washing your wife's pant is not love but bondage - Reno Omokri

The singer recently declared his intentions to contest in the sixth edition of the Big Brother Naija reality TV show.

MORE READING!  I baby-sat Davido when he was young, Kemi Olunloyo reveals

Some fans and followers of the “Ginger Me” singer probed him with questions and one of which he deemed necessary to answer was the one that asked him why he hasn’t enrolled into the Big Brother Naija show and he replied them saying; “2021”.