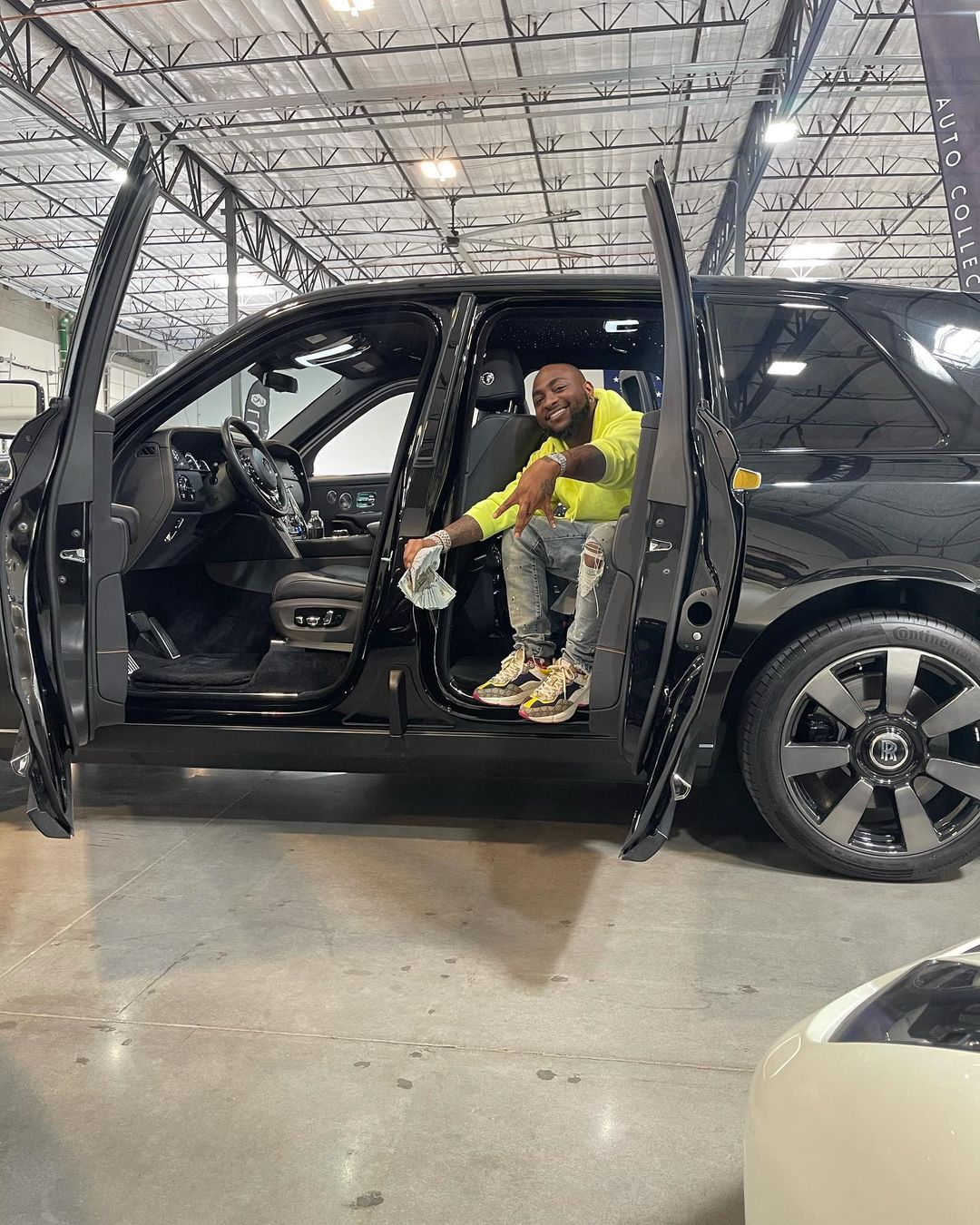 A bothered fan has offered DMW boss and the ‘Omo Baba Olowo (OBO)’ himself, Davido, free financial advice after he splashed millions of naira to acquire a 2021 Rolls Royce.

WUZUPNIGERIA reports that ‘Omo Baba Olowo’ when loosely translated into the English Language means ‘Son of A Rich Dad’. It is also the title of the singer’s debut studio album. Since the release of OBO by HKN Music on July 17, 2012, Davido has – in street parlance – blown, winning several awards, topping billboards and make collaborations with international artistes.

To enjoy his success and hard work, the singer, who isn’t new to luxury, on Thursday announced he gifted himself his first 2021 Rolls Royce.

The gift has, however, gotten a fan, identified as Daniel Regha on Twitter, cringing and he has advised the afrobeats singer to save for rainy days.

He noted that Davido his misusing his wealth and making youths desperate to make quick money with the way he flaunts his wealth on social media.

“Davido but invest your wealth and save for a rainy day; you are misusing your wealth purchasing multiple cars you don’t need. Furthermore, when you purchase things, you shouldn’t flaunt them because doing that make some people especially the youths become desperate to make quick money”. 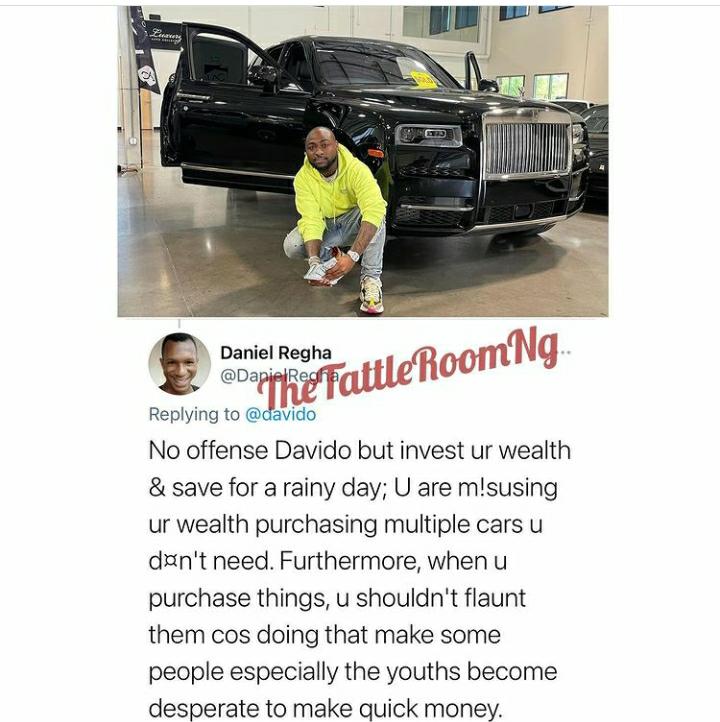 VIDEO: Tacha threatens to beat up lady who tried to prostitute her