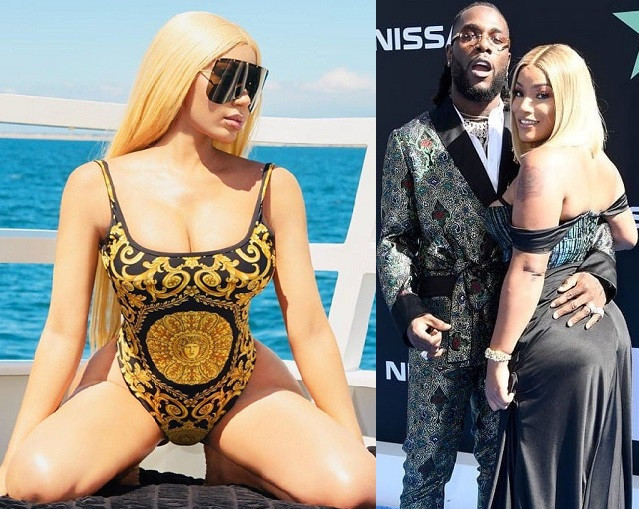 Grammy nominee of Nigerian descent, Damini Ogulu, known to his fans as Burna Boy has shown off a diamond chain his British girlfriend, Stefflon Don gifted him.

Taking to his Instagram page to share the video, the self-acclaimed African Giant showered praises on Stefflon Don and urged his followers to get a wife like her.

Shortly after flaunting the jewellery in appreciation of the woman in his life, Burna then proceeded to show off his girlfriend, Stefflon who was happy to be there with him.

A photo of Burna Boy’s late best friend, Gambo was imprinted on the pendant of the neck-piece shows, making the gesture even more special.