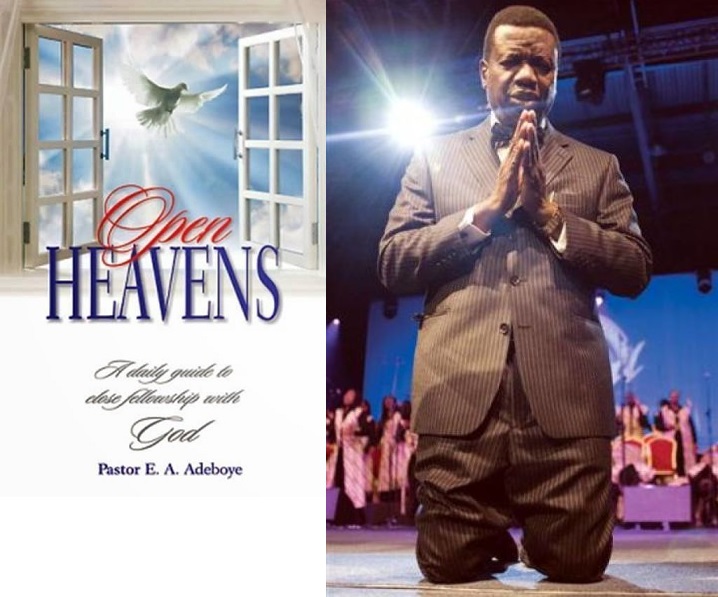 In the face of the backlashes that have continued to trial the teaching of the General Overseer of the Redeemed Christian Church of God (RCCG) Pastor Enoch Adeboye, on overcoming sexual temptations, some social media users have justified the cleric’s position.

WuzupNigeria reported earlier that the highly revered cleric came under attack on Wednesday after taking to his verified Twitter page to share today’s topic from the ‘Open Heavens’ a daily devotional book published by the RCCG.

The part of the message, titled “Crush That Crush II”, that riled up some social media users was where Adeboye narrated how he instructed one of his sons to sack his secretary when he complained to him that he (the son) was admiring the lady.

“If there is any fellow aside from your spouse you are admiring unduly, you must see such a person as the devil and get rid of them immediately.

One of my sons once told me that he was always excited to resume in the office every Monday because he would get to see his secretary again. I told him to fire her immediately. Nothing and no one is worth your marriage.”

A section of social media took a swipe at the RCCG overseer, while some took him to the cleaners over the advice, saying it is a wrong approach.

Well, this is not the first time social media users will be disagreeing with the preacher.

He had said at the church’s annual convention that he will never hire a female private secretary to avoid any form of sexual temptation. Twitter feminists slammed him for the comment, while many others defended him, saying he could adopt any approach that works for him to protect himself.

However, some social media users have shared some opinions to support Adeboye’s advice to his son.

@Ifeatu9 lambasted women who always sack their female housemaids because they feel she might tempt their husbands but are picking holes in Adeboye’s advice.

She described them as hypocrites.

“My sister if you chase away your help cos you feel she might tempt your hubby then you have no right to blast Pastor Adeboye.

“Like the only crime your help commited is developing breast and growing into a beautiful woman. Everyone is woke on social media, hypocrites..”

“If I have a secretary that I know I have feelings for, I foresee a sexual relationship in the future and I know I can’t help myself, I will find a way to sack her. This is a way of helping her and helping myself.This is beyond religion. Goodluck with your self control Olympics

“If I am generous enough, I will help her find employment somewhere else and then severe every time between us. Cut off communication and all. Again, I am saving myself and also saving her. She is just a collateral damage in my attempt to stop myself from stepping out of line.

“And honestly, I genuinely think this is far easier/better than figuring out a way to stop my useless penis rising anytime I am around her. And let’s be honest, if she knows she has a sexual hold on me,it is 99.9% likely she will get me to have sex with her.We men are that weak

“This might not work for everyone tho. There are men who are really good at controlling themselves. They can continue with the Olympics and keep the private secretary around. They probably relish the feeling of overcoming their constant “Konji” anytime “the temptation” is around

“PS: I really do feel whoever is handling Pastor Adeboye’s passed his/her message the wrong way. It came off crude and sexist and all. But I do understand the POV of the handler and I kind of agree tbh. Especially when the feeling between Boss and secretary is “kind of” mutual.

“It is okay to come and pander to Twitter’s self-righteous mob who see everything as black and white and never do wrong. But we know that in the real world, it is either you are okay fucking your secretary or you let her go. This self control gymnastics hardly ever works.\

“The only instance where self control works is if the feeling is not mutual or “not mutual enough.” Boss cautions secretary and work continues. But if the feelings are mutual and the penis is nodding, we all know how it will end. The Penis has a mind of its own. It is the enemy.”