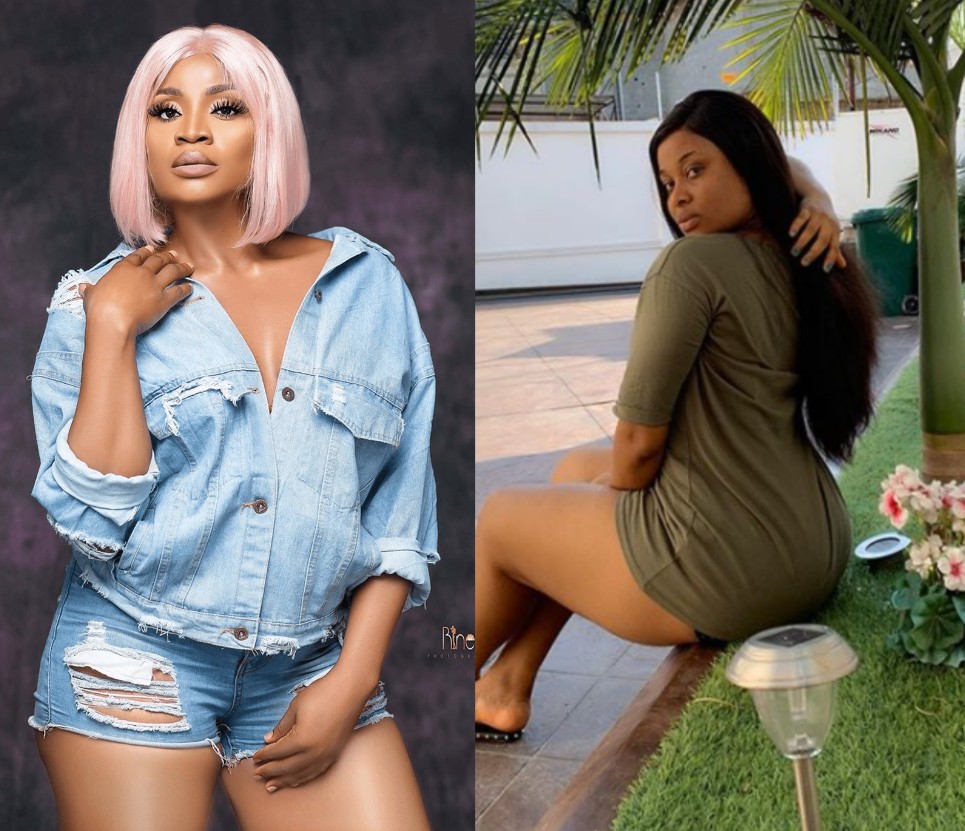 Inem Peter took to Instagram with a post in which she said that women are better of without men.

According to her, men are the major problem of women.

This didn’t sit well with Uche Ogbodo who fired at her, saying, “from the mouth of a full blown lesbian”.

See the screenshot below. 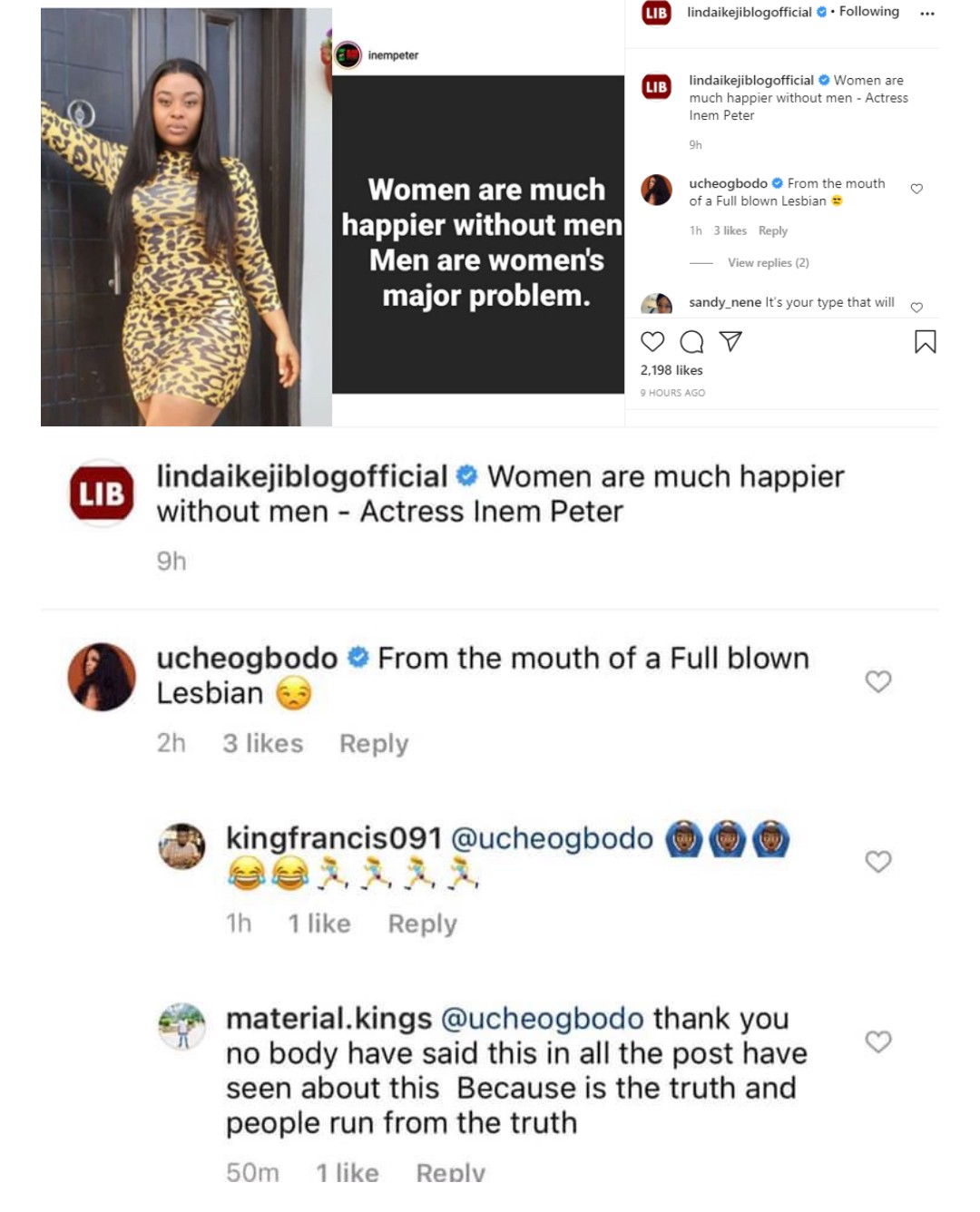 Recently, Inem Peter advised guys to give their girlfriend money all the time.

In an Instastories post, the actress said that no amount of money is ever enough.

MORE READING!  Marriages I admired while mine was crashing have gone bad - Ubi Franklin

She advised guys to stop waiting for their girlfriend to be in need of money before they make it available to her.

“If the only time you give her money is when she needs to buy something, my brother you are on your own.

“Give her money all the time. Money is never enough.”

I’m turned on by men with nice smell – Peggy Onah