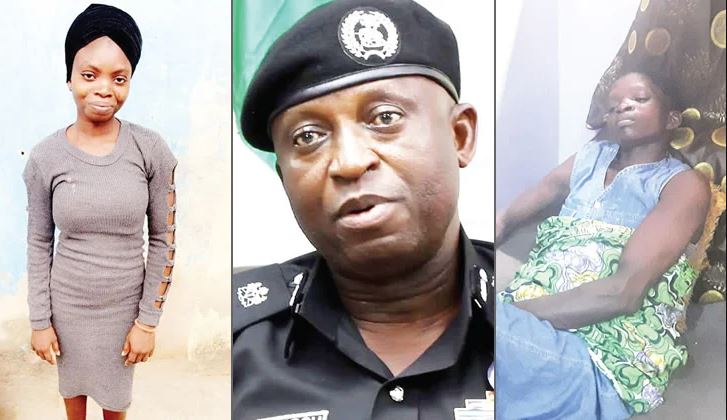 The family of Jumoke Oyeleke, the salesgirl who was allegedly killed by a stray bullet during the Yoruba Nation rally on Saturday has threatened to sue the Lagos State Government and the Commissioner of Police, Hakeem Odumosu, over her death.

WuzupNigeria reported that Yoruba Nation agitators gathered at the Gani Fawehinmi Park in Ojota on Saturday amid the heavy presence of armed policemen and soldiers.

The 25-year-old, who displayed soft drinks at her boss’ shop located in a compound close to the rally ground when security men chased some agitators onto the premises, was hit by a stray bullet. She died on the spot, with her belly torn open.

On Monday, the family’s lawyer, Olasupo Ojo, said the family was waiting for the result of the coroner’s inquest before taking any legal step, The PUNCH  reports.

He said, “We want to expose the lies of the police; they lied that the lady died before the rally and they lied to the whole world that she was not killed by the police. We have applied for a coroner’s inquest to get the government to take over the corpse and an autopsy to be carried out to determine the actual cause of death.

“We are waiting for the outcome of the exercise, but of course we already know that it was the police bullet that killed her. After the outcome of the autopsy, we are going to sue Lagos State and the Commissioner of Police himself because he was the one that headed that operation.

“We take him personally responsible for everything that happened that day; it was a peaceful rally, he made it violent and luckily, he could not kill anybody among the protesters because they were peaceful, and now descended on everybody around that place and succeeded in killing the lady.

“We will also sue Lagos State because they didn’t issue any statement to prevent the police from causing mayhem at the rally. The whole world knew it was peaceful and saw the police unleash mayhem and violence on everybody, so it was even more of a police rally than a rally for self-determination rights.

“We will hold the police responsible and accountable for the life of that young lady that was lost and we will not stop and if the national court fails, we will go international. The police know the particular police station that bullet was issued to and which officer handled the gun that fired that bullet, so we want to know the man who killed her.”

US teen model drowns after drinking with friends