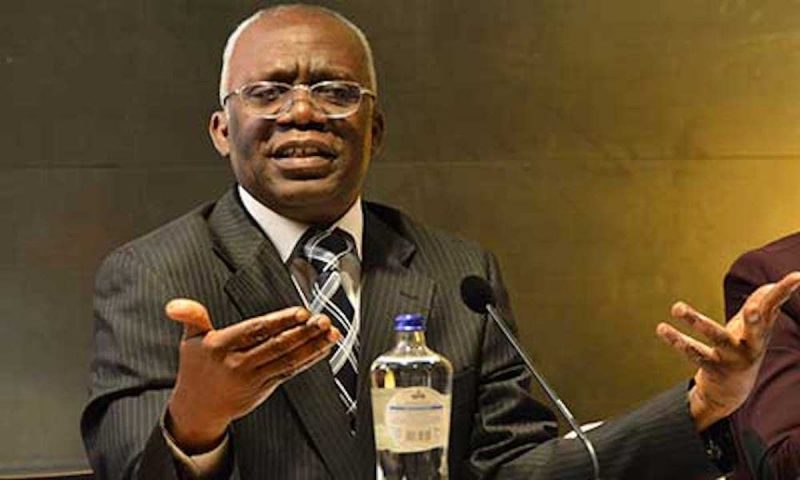 Human rights lawyer, Femi Falana (SAN), on Saturday, described the death of a teenage trader by killed by stray bullet at the Yoruba Nation rally as a case of cold-blooded murder.

WuzupNigeria had earlier reported that a teenage girl was reportedly killed after policemen opened fire in an attempt to forcefully evict Yoruba nation demonstrators from the Gani Fawehinmi Park in Ojota, Lagos.

Falana called on the Lagos State Government to conduct a coroner’s inquest into the murder of the girl.

He told Sunday PUNCH that while the police violated Section 83 (4) of the Police Establishment Act 2020 which borders on the provision of adequate security by the security agency for citizens on peaceful rallies and protests, the denial by the Lagos State Police Command was a ploy to shield the killer from prosecution.

The senior lawyer said, “The police violated Section 83 (4) of the Police Establishment Act 2020 which has imposed a legal obligation on the police to provide adequate security for citizens who embark on peaceful rallies and protests. Since the police had illegally dispersed the peaceful rally with canisters of teargas, the shooting of the 14-year-old trader by the police was premeditated murder.

“The denial of the cold murder of the trader by the police is a diversionary ploy to shield the actual culprit from prosecution. In view of the hasty denial of the police in the dastardly act, we call on the Lagos State Government to ensure that a coroner’s inquest is conducted into the reckless killing of the teenager.”

Jeff Bezos steps down as Amazon CEO after 27 years

Women who enquire about partners’ finances before marriage, not gold-diggers – Reno Omokri