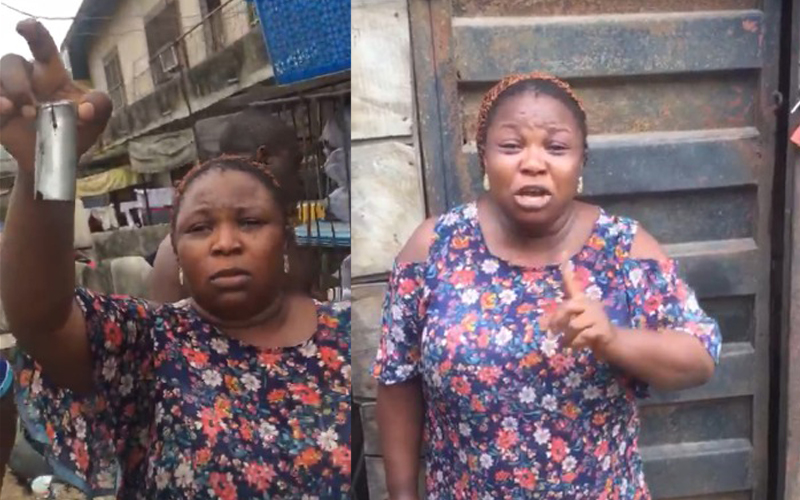 An aggrieved resident who lives close to Gani Fawehinmi Park in Ojota, the venue of today’s Yoruba Nation rally has raised the alarm after a canister of teargas fired by policemen made its way into her home.

In a viral video obtained by WuzupNigeria, the mother-of-two aired her displeasure and berated police authorities over the manner their operatives shoot indiscriminately during rallies and protests, not minding who get hits by stray bullets or canisters.

“I have kids of eight and five years old, I’m a Yoruba lady, I’m a citizen of this country, I didn’t join the Yoruba rally why should they come and kill me?” she questioned.

“What should we say to this, is this a country? This is wickedness of the highest other.”

Live bullets were reportedly fired by the operatives as stray bullets allegedly killed a 14-year-old Yoghurt seller but the police have since denied the report, claiming that no single bullet was fired to disperse the protesters.