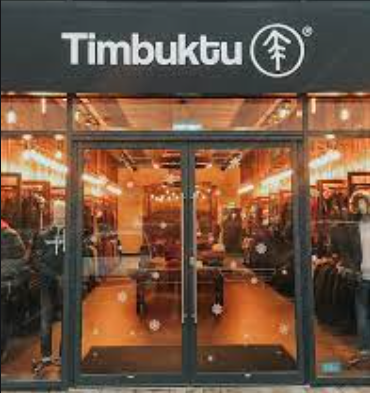 Timbuktu Global, a company owned by two white Brits, was recently grilled by Nigerians on social media after they discovered that the outfit registered ‘Yoruba’ as its trademark.

A trademark is generally a word, phrase, symbol, or design, or a combination thereof, that identifies and distinguishes the source of the goods of one party from those of others.

A quick search on the internet revealed that Timbuktu Global is a clothing retailer owned by two Brits of North England descent.

The observation was made by CultureTree TV when it tried to trademark a programme called “Yoruba Stars.”

The programme strives to educate and enlighten children across the globe on the rich tradition of Yoruba language.

Unfortunately, the TV crew stated, the word “Yoruba” was found to be off-limits.

The development generated heated debate and backlash from Nigerians who felt that it was an affront on the Yoruba culture.

Consequently, their anger sparked a reaction that spread further to TimbuktuGlobal’s Twitter and Instagram accounts where the tweeps repeatedly called out the management of the company.

The British company subsequently tendered a public apology and promised to release the name from the trademark clause.

See their apology below; 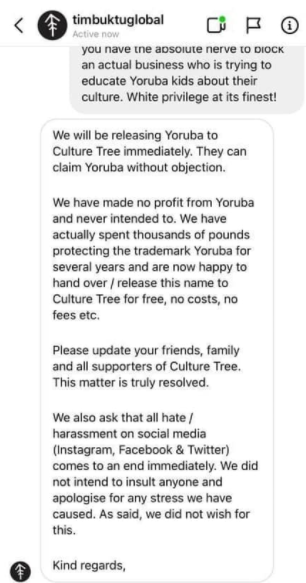