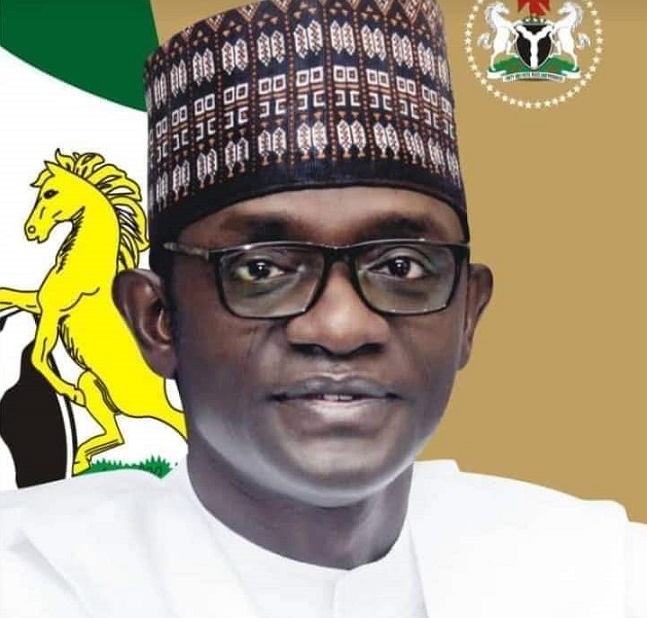 Last year and this year can best be described as the years of the “plague” — the years of pandemic; devastating loss of lives. The pandemic taking away (and it is still taking away) many precious lives and wrecking many countries with unprecedented economic setbacks. Nigeria is going through hard times since the fall of oil price in the global market and the impact of Covid-19 on global trade and other economic activities. It is indeed the year of the plague. Government at all levels have been struggling to meet the demands and expenses of governance.

Despite the economic setbacks and their impact on government expenditure, a report released on 14 April by the leading budget tracking organization BudgIT shows that; Yobe State is the second biggest capital expenditure spender in Nigeria, with 76.21% of its budget spent on development projects. The independent budget analysis and transparency group “BudgIT” also said Yobe State and others deserve commendation for devoting a larger part of its resources to development projects. A statement issued by BudgIT today says; “The biggest spenders on capital expenditure – Kaduna, Yobe, Rivers & Lagos – deserve the plaudits.” Because of its lean resources, many have been asking; how did Yobe do it? Well, Yobe did it through Governor Mai Mala Buni’s emphasis on capital projects; across key sectors of agriculture, education, healthcare and infrastructure. Governor Buni came to power with a mission; to change the story of Yobe state by embarking on concrete projects that have direct impact on people’s lives.

From his first day in office, Gov. Mai Mala Buni placed education on top of priorities. Strategically, the state embarked on the construction of model schools in the major towns of the state; Buni Yadi, Damaturu, Gashua, Potiskum and Nguru. Each school has 30 classrooms and computer centres. These schools were aimed at decongesting classrooms and encouraging school enrollment. In the end, these schools will also address the number of out-of-school children and ensure that no child is left out of school. Governor Buni’s emphasis on education is already making an impact with improvement in the overall performance of Yobe state in WAEC/NECO.

To boost business and encourage entrepreneurship Governor Mai Mala Buni is undertaking the construction of modern markets in; Buni Yadi, Damaturu, Potiskum, Gashu’a and Nguru. In the near future, more towns will benefit from such project. Apart from shops, the markets will have abattoir, parking lots, roads and security outposts. These facilities, apart from easing business will also create an environment that can attract businesses and investment to these towns. As Governor Buni recently said while laying the foundation of Potiskum modern market, “Government of Yobe State is building markets to create the environment for people thrive in business.”

MORE READING!  Lessons for Nigeria from EPL BY Femi Adesina

The state-owned industries are now back to life. The resuscitated Yobe Polythene and woven sacks industry in Damaturu is now producing over 7500 sacks daily. Yobe flour mills Potiskum is now the largest producer of mills in state. State-owned Sahel Aluminum company in Potiskum is now empowered and it is operating at full capacity. Yobe State Fertilizer Blending Company is currently being resuscitated, with expansion that will enable it to operate in full capacity. The reasons why Governor Mai Mala Buni is reviving state-owned companies is – to create jobs and give incentives for investment in Yobe state.

Township road and concrete drainage have been completed; in Damagum, Fune LGA, in Buni Yadi, Gujba LGA, in Malammatari of Damaturu, in Jajimaji, Karasuwa LGA in Babban gida, Tarmuwa LGA. Similar projects are currently going on in other towns, including Potiskum and Geidam; which were recently flagged off. Governor Buni rounded up this year, with a project; Gujba—Ngalda road. While flagging off the construction of the road, Governor Buni pointed out that; “The project is a very strategic road. The Gujba-Ngalda road, is part of our recovery drive to rebuild our communities, promote economic activities and to reclaim means of livelihood to our people”. Roads and concrete drainages are part of the urban and rural development plan of Governor Mai Mala Buni. In the area of housing, Yobe state is building 3,600 houses across the state. The housing projects, which are in phases, are sited in 17 Local Government Areas of the state.

Many things are happening in Yobe State despite the impact of the pandemic. The determination of Governor Mai Mala Buni to move the state forward is already making state wide impact.

Zion Train is coming our way BY Femi Adesina