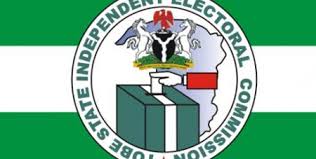 Dr. Mamman Mohammed, Chairman, Yobe State Independent Electoral Commission (YOSIEC), has refuted insinuations from certain quarters that he is a card-carrying member of the ruling All Progressives Congress (APC).

Mohammed told newsmen in Damaturu on Tuesday that the allegation by some opposition party members was baseless and unfounded.

“ As far as I am concerned, by coming to this office, I am no longer partisan, and in all my activities, there is transparency.

“ Therefore, there is no cause, whatsoever, to accuse me of any wrongdoing.

“ Since I became chairman, many people had left the APC for PDP, just as some also left PDP for APC. So, my own big party is this commission (YOSIEC),” he said.

The chairman assured all stakeholders of the level-playing field before and during the upcoming elections, saying his neutrality was intact.

Mohammed blamed the delay in the conduct of the local government elections in the state, to the outbreak of COVID-19.

“ Actually, approval was given for the election in March; we were about to start accessing money when the COVID-19 stroke”, he said.

He, however, said the commission was prepared to conduct the elections in about 2,000 polling units within three months if the required funds were made available.

The chairman said with adequate resources, the target could be achieved even with strict adherence to COVID-19 protocols.

On conducting the elections in areas with security challenges, he said the commission would rely on advice from security agencies.

He, however, said units in areas with confirmed challenges would be moved to where security could be guaranteed