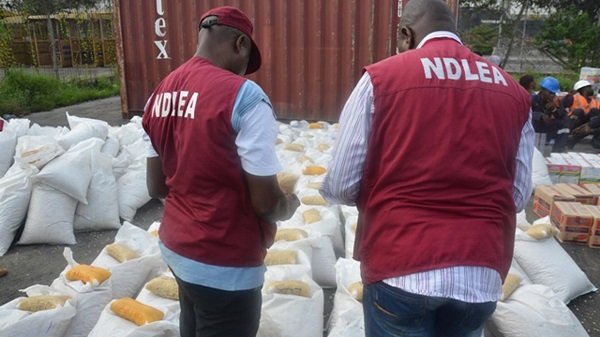 A 25-year-old soldier, Mohammed Kashim has been arrested in Yobe State in possession of arms and some quantity of cannabis Sativa, otherwise known as Indian hemp.

The soldier was apprehended by men of the Nigeria Drug Law Enforcement Agency (NDLEA) along Nguru/Hadeja road.

The Assistant State Commander Administration and Logistic, Mr. Julius Zer, who is also the Acting State Commander of the NDLEA in Yobe State disclosed that the soldier was arrested on Thursday, 30/07/2020 with 30 rounds of live ammunition with a magazine and 1kg of cannabis Sativa.

Mr. Zer also informed that the suspect is an indigene of Geidam serving with the Nigeria Army in Ibadan, Oyo State, where he was coming from for the Sallah celebration.

“He was arrested in a truck on Thursday, 30/07/2020 by the officers of NDLEA, Nguru Area Command on Nguru/Hadeja highway on his way to Geidam, Yobe State from Ibadan, Oyo State.

MORE READING!  Uber driver, two others arrested with cocaine at Lagos airport
Related Topics:CannabisNDLEA
Up Next