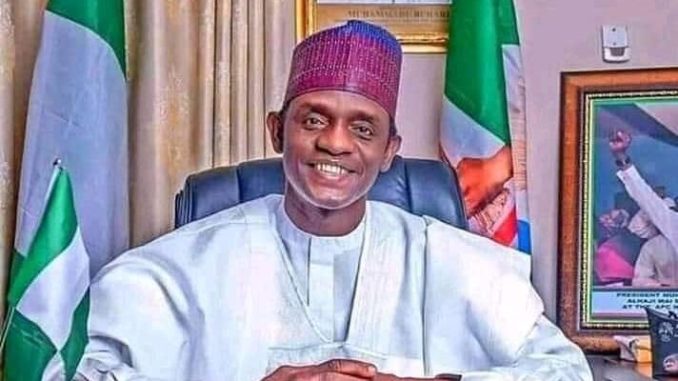 The Yobe government, on Friday, launched the Buni-Guban Trader Money Employment Scheme with the disbursement of N12 million to women and youth in Fune, Potiskum, Fika and Nengere local government areas of the state.

Speaking at the occasion in Damagum, headquarters of Fune, the state Deputy Governor, Alhaji Idi Barde-Gubana, said N3 million was earmarked for each of the local governments, with over 200 people billed to receive between N5,000 and N20,000 in the Fune’s 13 wards.

Represented by Alhaji Buba Mashio, a state legislator, Barde-Gubana said the main targets of the programme were women, youths and the less-privileged.

While urging the beneficiaries to make judicious use of the money, to improve their living conditions, he disclosed that the programme, would be extended to cover the 17 local government areas of the state, with the aim of making the beneficiaries productive and self-reliant.

Barde-Gubana also called on the beneficiaries to pray for government to continue recording success in its various programmes, geared towards the socio-economic development of the state.

Related Topics:launchestraderYobe govt
Up Next