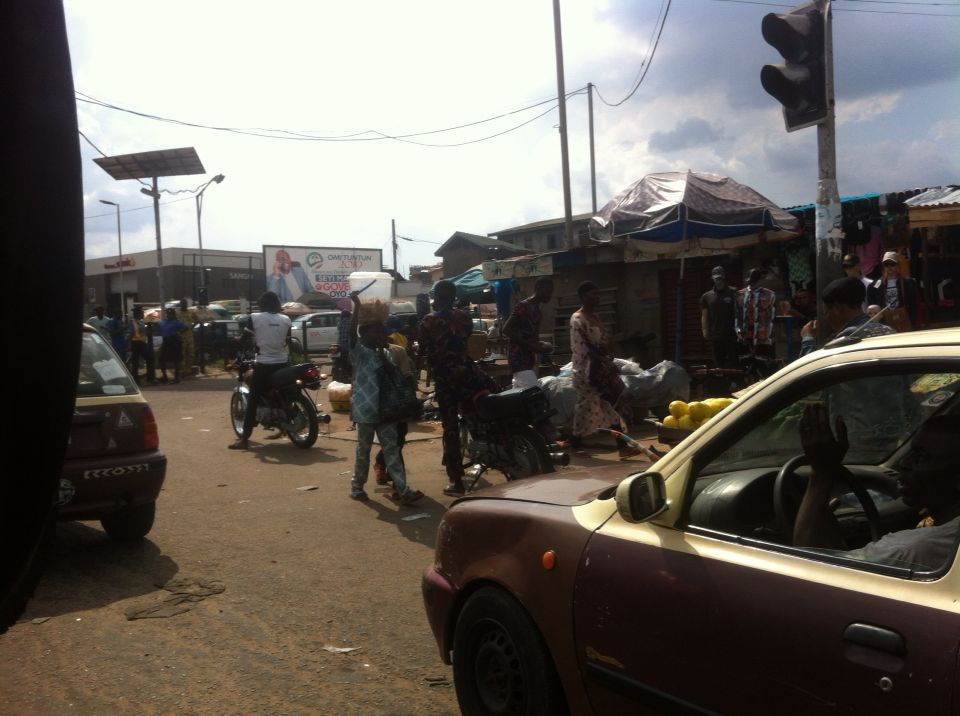 A cosmetics trader, one Emmanuel Egbu, has been saved from possible lynching by a mob after he was caught eating bread with human excreta in Ibadan, the Oyo State capital.

WuzupNigeria reports that Egbu, who owns a shop where he trades in Brazillian Hair at the Sango area of Ibadan, was caught by some persons around 12 noon on Saturday.

WuzupNigeria further reports that eating bread with human excreta is seen by some internet fraudster, otherwise known as Yahoo Boys, as the pinnacle to wealth and other riches.

After he was caught, a mob angered by the weird food combination proceeded to beat him up. However, he was saved by the police who took him to the Sango Police Station.

It was gathered that Egbu recently bought a house and rebuilt it around the same area.

The Police Public Relations Officer in Oyo State, Mr Olugbenga Fadeyi, when contacted told our correspondent that Egbu was in police custody.

He said the Divisional Police Officer in charge of Sango Police Station had begun investigation into the incident.

The PPRO said, “The DPO told me that some people rescued the man from those who accused him of eating excreta and bread. They said they found some excreta which he packed inside a nylon bag. He was caught and taken to the police station.

“The DPO has taken over the case and the man is already in custody. He has begun an investigation into the case and samples of what was found on him would be sent for laboratory analysis.

“He has taken the man’s statement also, and after the investigation at that level, the case will be sent to the State Criminal investigation Department at Iyaganku for further investigation. Investigation will reveal if he is involved in money ritual or not.”

Mom throws her newborn into latrine for being a boy