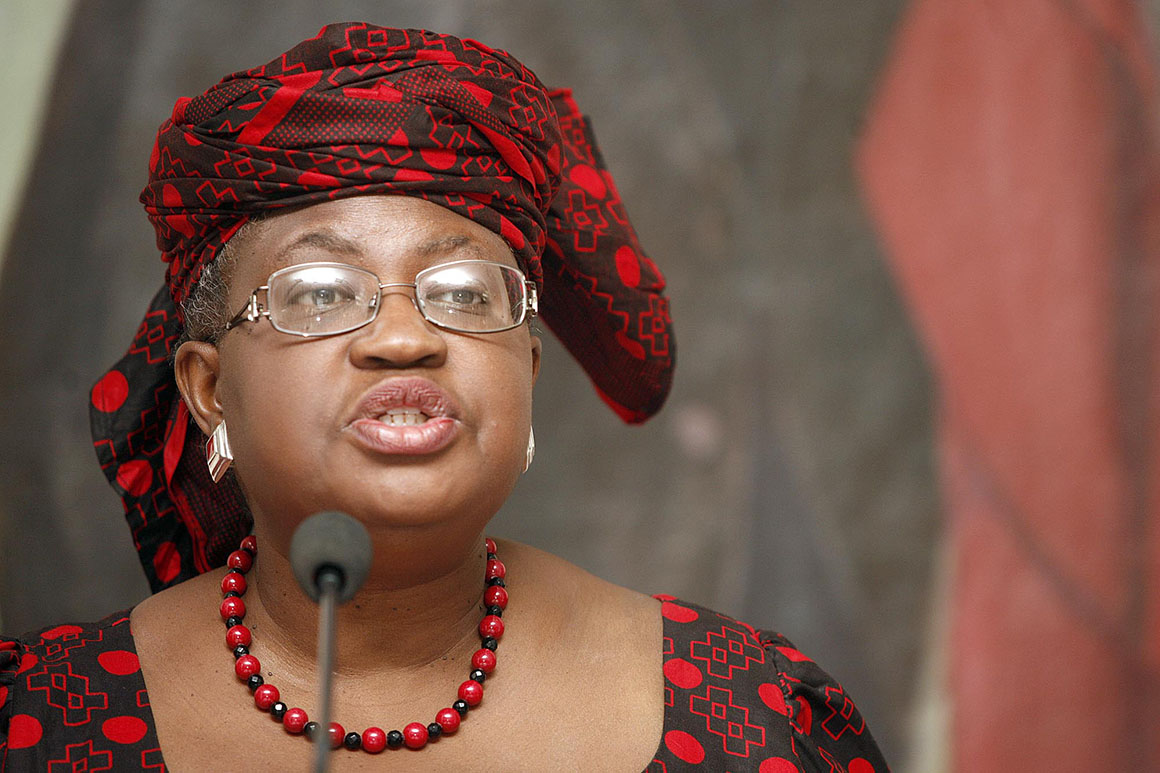 Newly appointed World Trade Organisation director-general, Dr Ngozi Okonjo-Iweala, has said her performance in office between March this year and August 31, 2025, will open doors for Africans and women to lead international organisations.

The ex-World Bank director who has received glowing global applause since her emergence as the new WTO boss this week made the disclosure ahead of her resumption at the Geneva-based WTO on March 1, 2021.

With her emergence as WTO DG, Okonjo-Iweala breaks a 26-year record as the first African and first female boss of the global trade and dispute settlement organisation.

Known for many firsts including the first female finance minister in Nigeria and now the first female WTO DG, the 66-year-old Harvard graduate said she hopes her record-breaking wand will pave the way for other competent women to reach the top of the ladder of international organisations.

Speaking during an interview with Arise TV monitored by The PUNCH, the Nigerian development economist known for her African print Ankara wears and peculiar headgear usually tilted at a convenient angle, said she unabashedly “love being African and being Nigerian”.

“Multilateral economic organisations need to have women. I have actually just published a book with the former Prime Minister of Australia about leadership talking about the fact that there is a dearth of women at the top even though a lot of progress has been made but it is too slow. This is an opportunity to have a woman leading a multilateral organisation.

“Opening this door as I did when I became finance minister, when I was given the opportunity to serve my country by (ex-) President Olusegun Obasanjo and then by (ex-) President Goodluck Jonathan, I focused on trying to deliver and worked round the clock because I recognised that if I could do a good job, people will no longer have inhibitions about giving women the job and that was a very big objective for me and it worked.

“Since I had the job, there have been three other women who have been nominated. In fact, it is becoming a norm to put a woman as finance minister and that is the impact I wanted to make.

“Similarly, here for the WTO, this is a very important multilateral. In the 73 years of the GATT –General Agreement on Tariffs and Trade which turned into the WTO, there have not been any women.

Okonjo-Iweala, who also serves on Twitter’s board of directors, chair of the GAVI vaccine alliance as well as a special envoy for the World Health Organisation’s COVID-19 fight, said she will serve all 164 member states of the WTO.

“So, it means a lot to me but it is also a burden in a way because I have got to do well. It is not just going around saying you are African, you must perform and that for me, is first and foremost, I have to work really hard to make sure the problems are solved for everyone, every member of the WTO,” she said.

Okonjo-Iweala stressed some of her key priority areas as she resumes office next month. She said, “I also have to bring value to my continent. So, my being there is not just to be there as an African but it is about what I can do. We have the African Continental Free Trade Area that has just been signed. How can the WTO help make that a solid gain for the continent? That is one thing for the continent.

“Least developed countries, the poorest countries in the world, they have particular problems if you listen to my speech, I mentioned every often, some of the institutional things that can be accessed at the WTO is not so easy for them because they don’t have the capacity and the wherewithal. So, how do we solve the problems of least developed countries?

“Then you come to the bigger countries –the EU, the US, China, all these also have their needs and their priorities, so, how are you going to be able to unlock all these and bridge divides, so, it is going to be very challenging and also an exciting one and I feel with utmost humility to be there.”

VIDEO: Why I was praying for COVID-19 not to end — Apostle Suleman