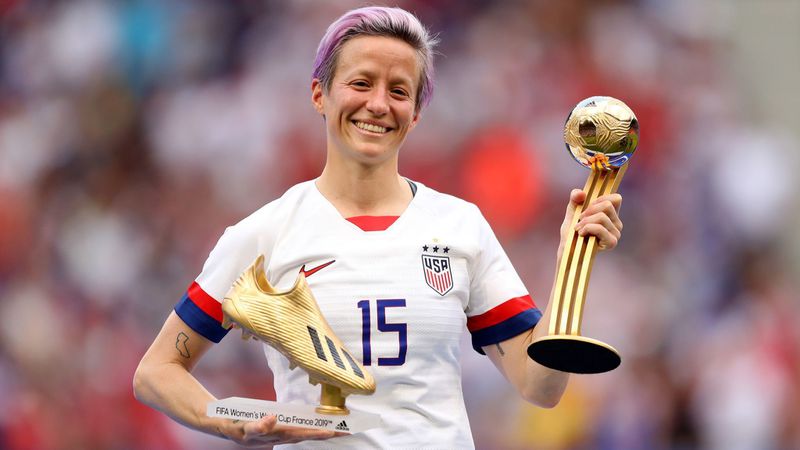 Megan Rapinoe made it a special hat-trick on Sunday as she won Golden Ball and Golden Boot at the women’s World Cup after scoring as the United States beat the Netherlands to retain their title.

Rapinoe bagged the Golden Boot for top scorer after opening the scoring from the spot in the USA’s 2-0 final win over the Netherlands in Lyon to make it six goals and three assists from her five appearances in France, the same total as teammate Alex Morgan but in fewer minutes.

The 34-year-old, who may have played her last World Cup, won the Golden Ball for a series of match-winning displays which dragged the Americans to the trophy.

She scored the only goals in the USA’s tight 2-1 wins over Spain and hosts France, with the second brace coming in the middle of a media storm after a video surfaced of her saying she would refuse to visit the White House should her side win the competition.

She missed the last four victory over England, also won 2-1, with a hamstring injury but came up big on Sunday with another fine display that would have seen her assist tally increase had Dutch goalkeeper Sari van Veenendaal not put in a magnificent display.

Van Veenendaal kept out the dominant USA until Rapinoe broke the Netherlands’ resistance in the 61st minute with a penalty awarded after a VAR check for a foul on Morgan.

Djokovic eases on as old stagers show Next Gen the way