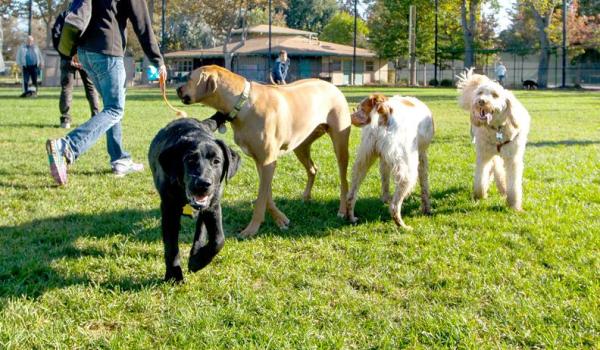 A tricyclist, Mohammed Abdulhammed, escaped death by the whiskers after he was attacked by two dogs released by their owner, over failure to remit N3,500 to the coordinator of tricycles in Igando area of Lagos State, Vanguard reports.

Trouble started for the 33-year-old tricycle operator, Monday, when he was intercepted by the coordinator, Mojisola Awe, at Santa Maria Street, off Isuti road in Egan, Igando as he was accused of failing to remit previous day’s payment to Awe.

A verbal confrontation, which degenerated into a brawl between the operator, the coordinator, and her two sons, occurred and in the process, one of the coordinator’s sons was alleged to have unleashed their dogs on the helpless tricyclist.

Not done, Awe was said to have reported at the Igando Police division that she was assaulted by the tricyclist.

During the investigation, the Divisional Police Officer, CSP Taiwo Kashumu, insisted on interrogating the tricyclist, during which the truth was uncovered. Some of those who witnessed the attack reportedly visited the station to attest to what transpired.

One of those who visited the station told Vanguard that ” we went to testify to what happened.

We were told that the woman told the Police that the tricyclist injured her in the mouth. But for our intervention, the Keke rider would have been killed simply because he failed to remit Monday’s daily returns.

This is what usually happens anytime Keke rider fails to remit daily returns. The Police should call her to order”.

However, another man who simply gave his name as Nasiru, said ” at times these tricyclists deliberately fail to bring in daily returns. The woman usually cautions them not to collect Keke from her if they can’t meet up with the deadline for payment “.

As of yesterday, the injured tricyclist was said to be receiving treatment from injuries sustained.