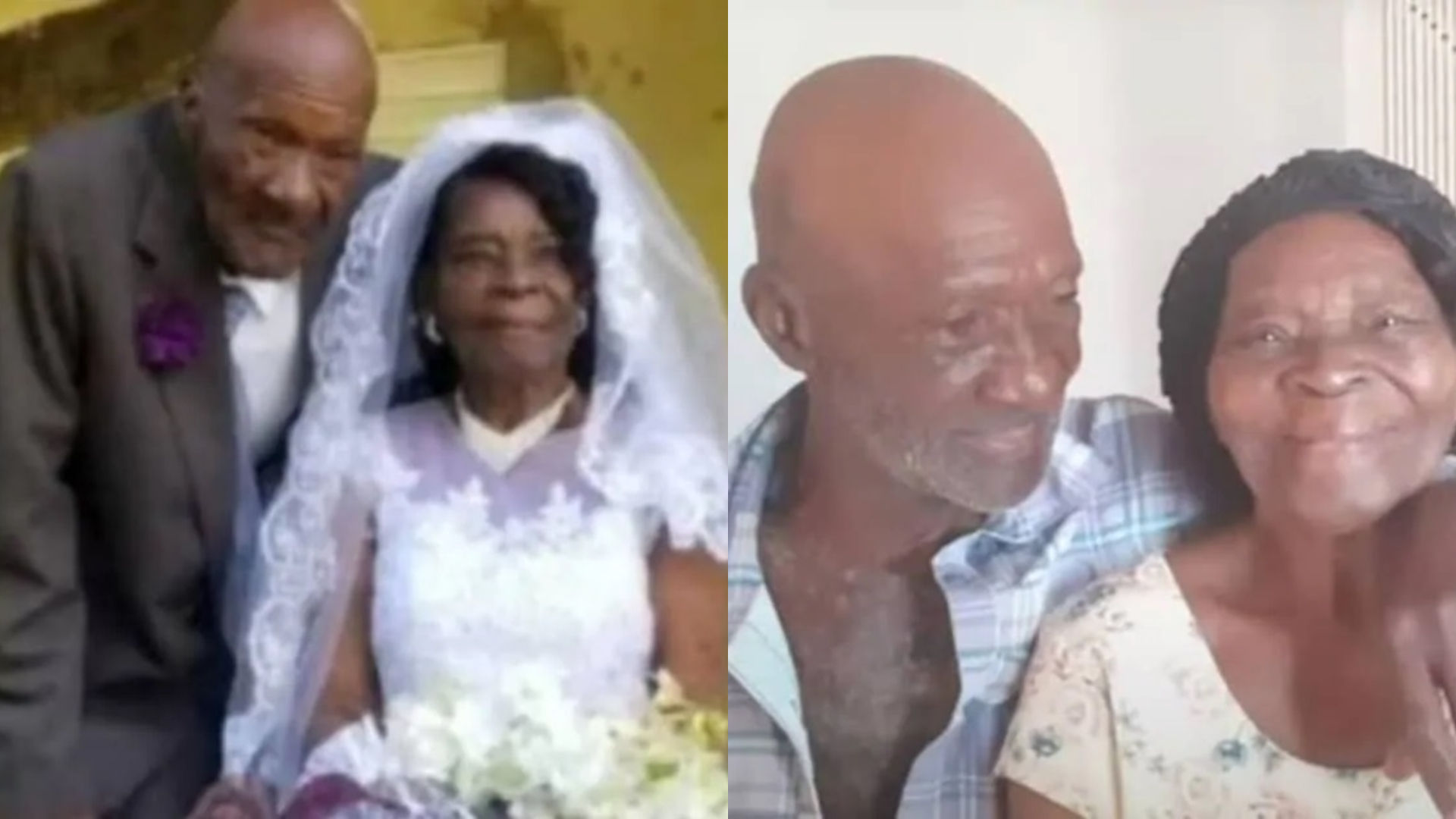 A 91-year-old woman has married the love of her life, a 73-year-old man in a grand wedding after dating him for over 10 years.

The woman identified as Evelina Meadder tied the nuptial knot to her long term boyfriend Calgent Wilson who is 73 years old in a grand wedding in Jamaica. 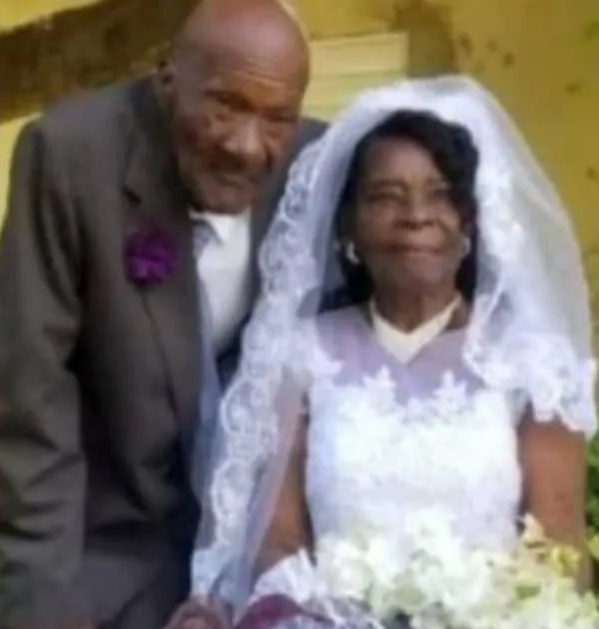 According to a report by the Mirror, the newly-weds love story could be traced to 2009 when Evelina fell sick and Calgent, a farmer, took care of her until she recovered.

Evelina revealed that ever since they became an item, he would talk about them getting married but it was when he had been drinking so she would laugh it off.

They have finally tied the knot and we wish them a happy married life.