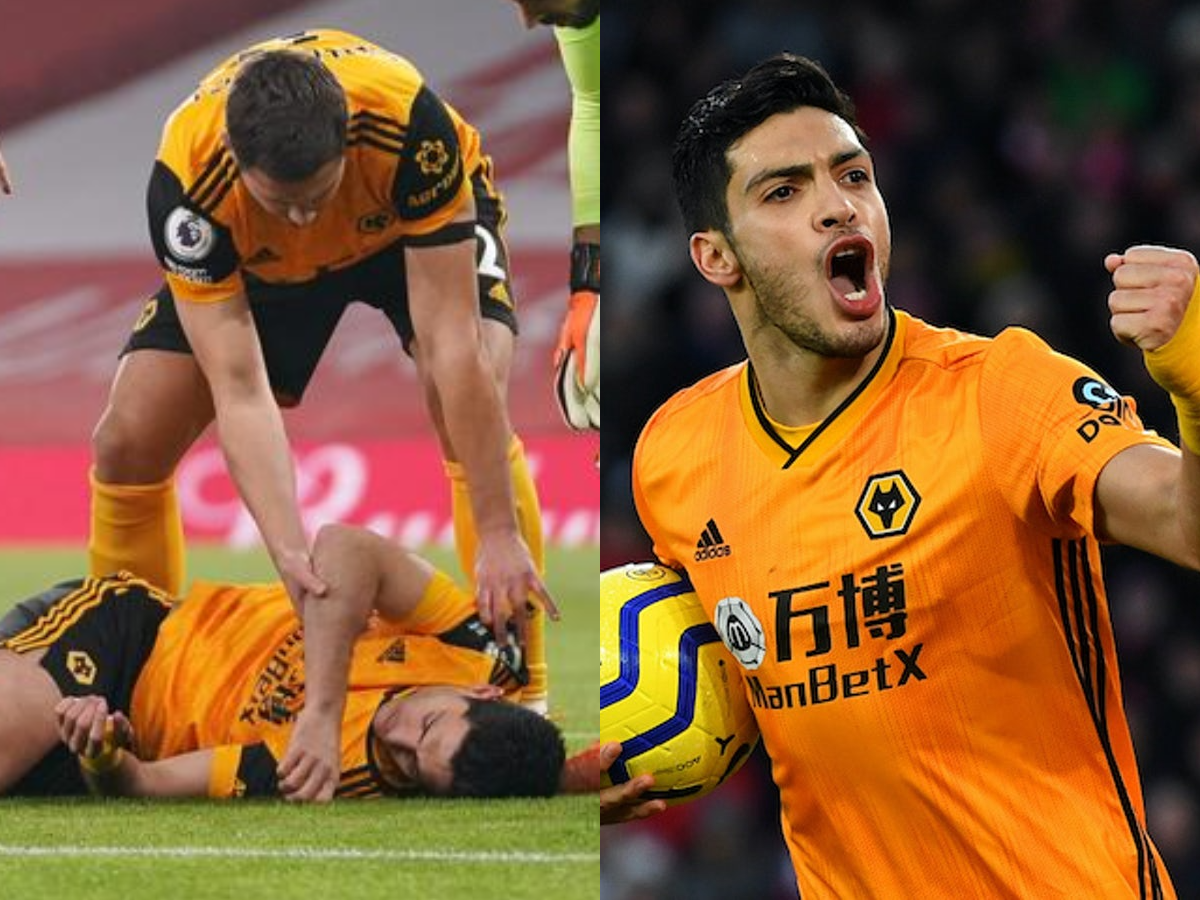 Mexican striker, Raul Jimenez is set to return for Wolves before the end of this campaign, coach Nuno Espirito Santo has confirmed.

A collision between Jimenes and Arsenal’s David Luis left him with a skull fracture which has kept him sidelined since the 2-1 win over the Gunners in November 2020 at the Emirates Stadium.

The 29-year-old received lengthy treatment on the pitch before being taken off on a stretcher and rushed to the hospital.

Wolves have struggled upfront since Jimenez’s injury with 18-year-old Fabio Silva and loanee, Willian Jose who joined in January.

“For sure, the speed is the speed we need to follow. We need to be aware of the circumstances. Avoid any kind of contact.

“For sure, the speed is the speed we need to follow. We need to be aware of the circumstances. Avoid any kind of contact.

“We are following the right protocols with no rush. Delighted he is getting better and better day by day. So it is fantastic for us.” (Sky Sports)

12th-placed Wolves will face relegation threatend Newcastle in the Premier League on Saturday with The Magpies three points away from the drop zone.

“Any injury of this nature is complex and timescales are uncertain but it’s safe to say that Raul’s most immediate needs are simple: space, rest and peace.”