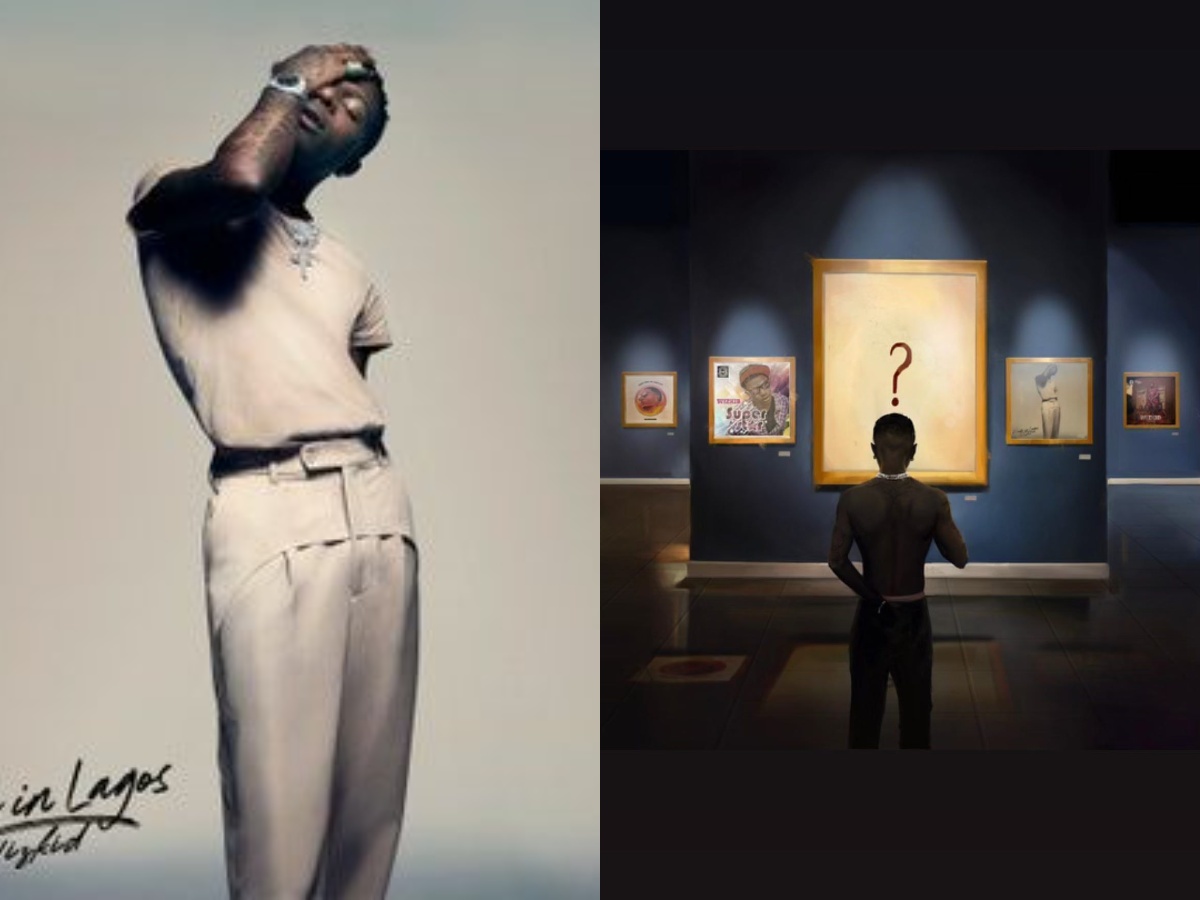 The star who is still basking in the euphoria of the success of ‘Made In Lagos’ (MIL) has dropped a teaser for his fans on Tuesday.

Wizkid took to his Insta Story to share an animation of himself looking at a gallery that has the collection of his four albums while his gaze was fixated on a fifth blank plate that has a question mark ‘?’.

Although the artist did not drop a name or date for the album, his posture connotes that the 30-year-old is either contemplating or working on his fifth studio album.

The ‘Ojuelegba’ singer’s MIL album, which was released by Starboy Entertainment and RCA Records on October 30, 2020, remains the talk of the town with collaborations with the likes of Grammy-Award winner, Burna Boy, Damian Marley and Ella Mai.

Fondly called Starboy, Wizkid burst into the music scene with ‘Holla At Your Boy’ which was officially released on January 2, 2010, off his debut studio album titled ‘Superstar’.

The album was released by Banky W’s Empire Mates Entertainment on June 12, 2011, and it became the best selling afrobeat album, selling over five million copies in 2011-2012.

With songs like ‘Don’t Dull’ and ‘Pakurumo’ amongst others, Wizkid cemented his place on the hearts of Nigerians and went further to drip his second studio album ‘Ayo’.

Meaning ‘Joy’ in Yoruba, ‘Ayo’ was released on September 17, 2014, by Starboy Entertainment and Empire Mates Entertainment and had songs like “Jaiye Jaiye”, “On Top Your Matter”, “One Question”, “Joy”, “Bombay” and “Show You The Money”.

Wiz transformed from a local star into an international superstar and then dropped ‘Sounds from the Other Side’ (abbreviated as SFTOS), his third studio album which was released on July 14, 2017, by Starboy Entertainment and RCA Records.

It also debuted at number 58 on the Canadian Albums Chart.