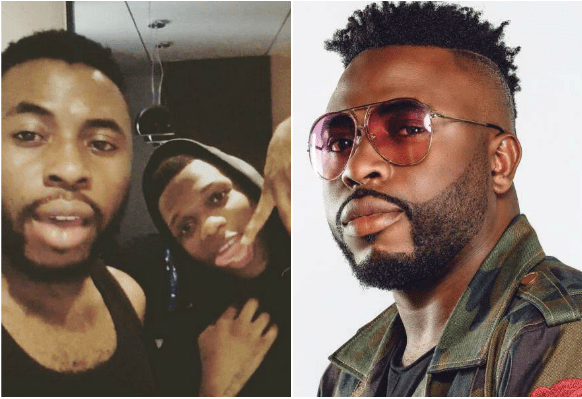 Beatmakers and singer, Samuel Oguachuba popularly known as Samklef, has disclosed that he has no issue with Grammy Award winner, Wizkid.

Recall that Samklef produced most of the songs on Wizkid’s debut album, Superstar, but the duo fell out and Samklef called out the latter on social media.

“Wizkid and I had an issue and it was settled. He even invited me to his concert in 2017 and I was on stage with him. You won’t be with someone you’re having issues with. People only want to see the negative side of things; they don’t want to see the good aspects. Wizkid and I don’t have issues anymore.”

Samklef also berated the country’s artistes for not doing enough in terms of speaking truth to power.

“Nigerian artistes are not doing enough to speak for the people. They are all silent. It is either they are afraid of being picked up by the Department of State Services or they just don’t care. The same thing happened in Fela’s time. Fela was the only one speaking out, while other musicians were quiet. And because of lack of information, many people did not know what was going on. Musicians need to use their platforms and stay away from politicians for now.”

Why I dumped boxing for acting – Itele d Icon