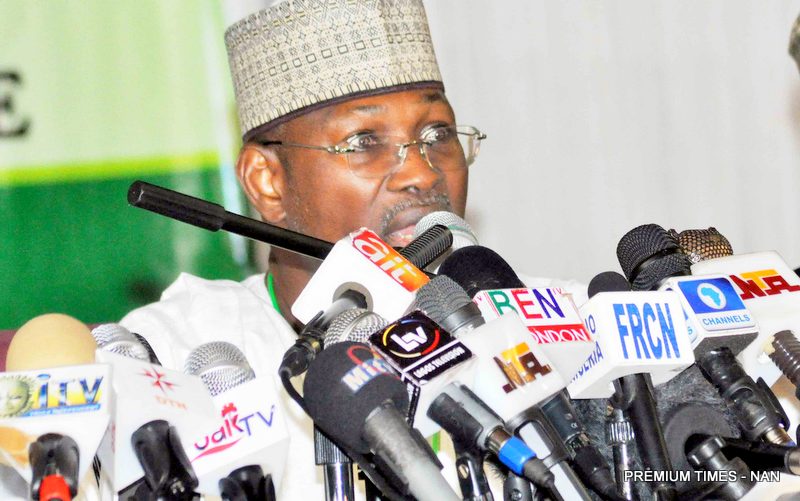 Attahiru Jega, ex-Chairman of the Independent National Electoral Commission (INEC), has called for the withdrawal of Lauretta Onochie’s nomination as a commissioner of the electoral body.

Jega who presided over the election that brought in President, Major General Muhammadu Buhari (retd.) in an interview on Channels Television said the controversy trailing Onochie’s nomination should have been avoided.

The ex INEC Chairman called on the lawmakers to apply the laws regarding the issue, in order to avoid a situation whereby elections she participates in may be viewed as being bias.

Jega said, “This kind of controversy is really avoidable. Any person who generated such a controversy, the appointing authorities should be careful because you don’t want to appoint anybody that can raise suspicions or doubts or can lead to a loss of trust of the electoral management body.

“I’m sorry to say that from some of the documents that I have been privileged to see, both about her British citizens and the very active participation in a political party up until 2019, you will try to avoid appointing such people into an electoral commission — because it can generate controversy.

“To be honest, the president can also withdraw that nomination. After all, there are so many women with credibility, with capacity, competence in both Delta and across Rivers, so why bring someone that can generate controversy and raise suspicions about the intention of the appointment.”