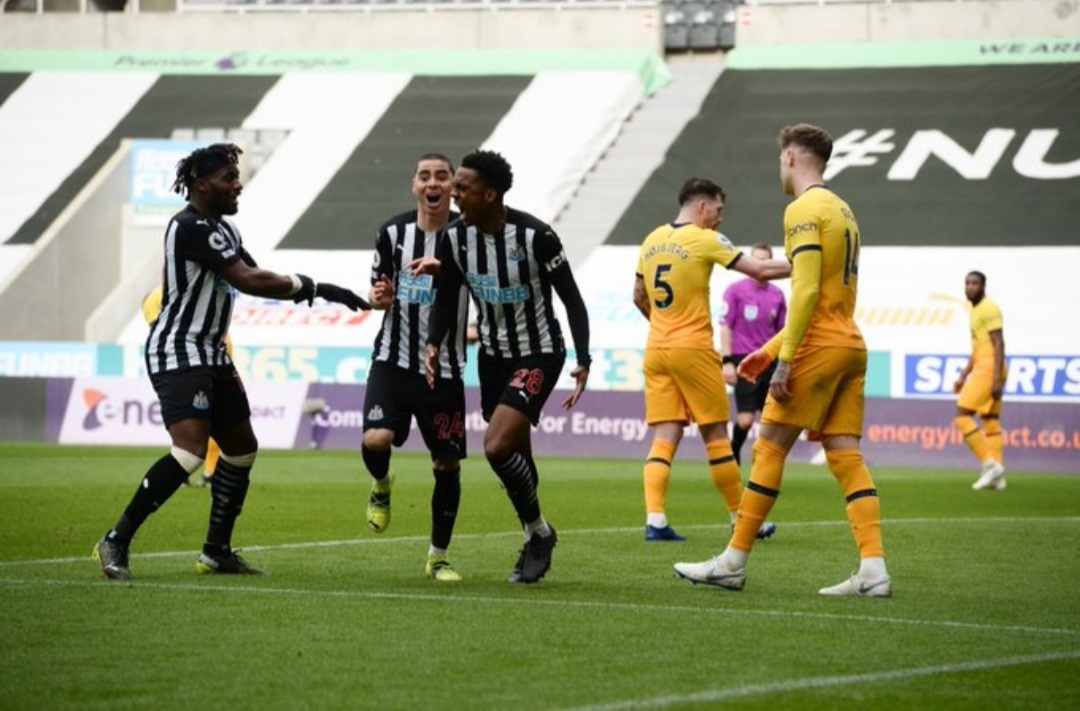 Joe Willock’s late goal salvaged a point for relegation threatened Newcastle as they frustrated Tottenham in the 2-2 draw at St James’ Park.

Steve Bruce’s started brightly with Dwight Gayle forcing Hugo Lloris into a spectacular double save in the first half.
However, it was Joelinton gave them the lead with a fine finish from 12 yards.

Tragedy struck about two minutes as Tottenham’s skipper, Harry Kane, was allowed to tap in an equaliser from close range.

A 1-1 draw looked promising for the hosts who are desperately trying to avoid relegation but they were soon pegged by Kane again Tottenham took the lead for the first time in the game.

Harry Kane powered in a low drive beyond the reach of Dubravka four minutes later after being put through by Ndombele to turn the game around.

Newcastle continued to chip away in the second half though, and they were eventually rewarded late on, when Willock bundled in from close range to ensure it finished.

The draw places Newcastle three points atop the drop zone with a game at hand.
Tottenham have now failed to win six Premier League games this season in which they led at half-time, the most of any side.

Meanwhile, Southampton survived Burnley scare with a 3-2 comebacknwith at the St Mary’s Stadium.

The Saints moved 10 points clear of the relegation zone with eight games left after the dramatic fightback.

Ralph Hasenhuttl’s side hit back impressively as Stuart Armstrong and Danny Ings scored before half-time.

But it was Saints midfielder Nathan Redmond who scored the all-important winner with a 66th-minute volley to complete comeback for the hosts.