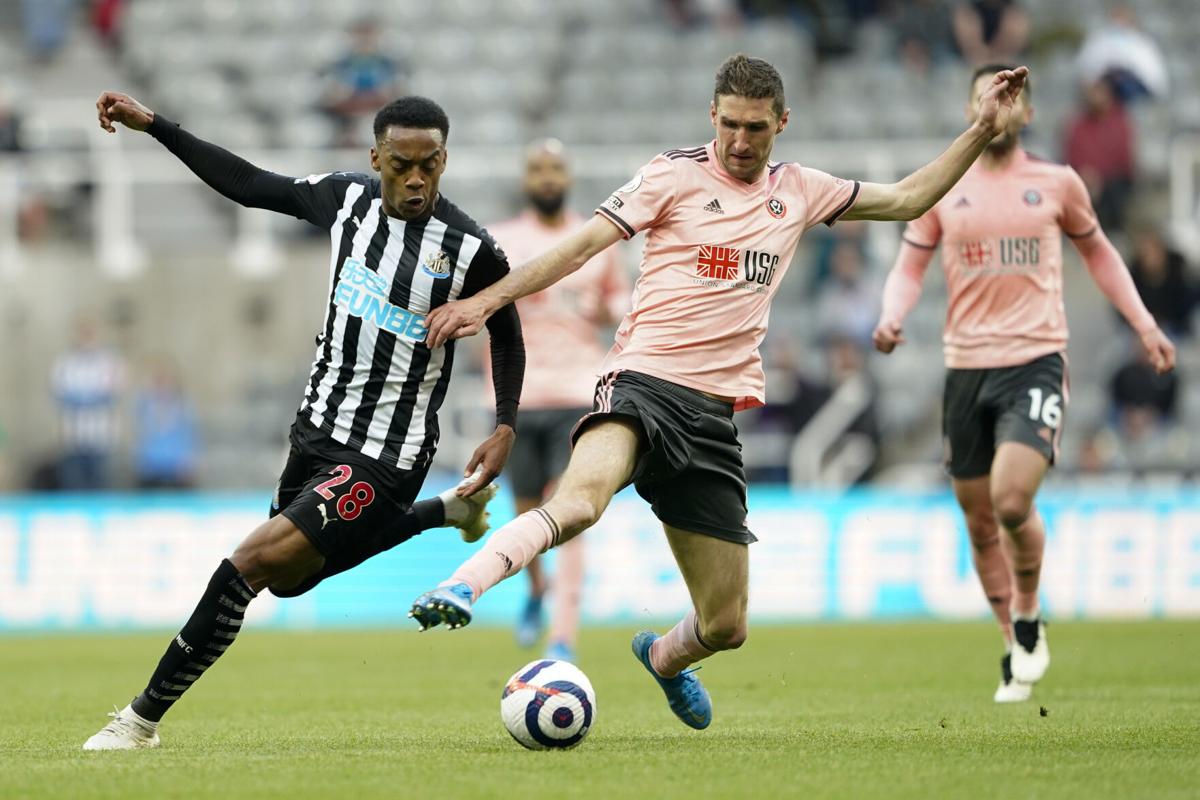 Joe Willock scored in his sixth consecutive Premier League game to give Newcastle United a 1-0 win over relegated Sheffield United in front of 10,000 spectators at St James’ Park on Wednesday.

Willock, 21, became the youngest player to achieve the feat as Newcastle moved provisionally up to 15th in the standings after their final home game of the season.

The Arsenal loanee scored in first-half stoppage time when he made a run into the box and leaped to head home Jacob Murphy’s cross, prompting Newcastle fans to chant “Joe Willock, we want you to stay” after the game.

“I’m not sure (about my future). I need to have a conversation and see what the best move for me is,” Willock told the BBC.

“I have made friends for life and made a really big connection with the fans. It is one of my options and I am going to consider it.”

“We have to respect he’s Arsenal’s player,” Bruce said. “If we can, we’d love to bring him here… he’s exactly what we needed.”

Jonjo Shelvey also came close to scoring in the first half for Newcastle with a powerful header from point-blank range. only for his effort produced a fine reaction save from goalkeeper Aaron Ramsdale.

The visitors rarely tested Martin Dubravka in Newcastle’s goal, with David McGoldrick spurning a golden early opportunity when he fired wide after a counter-attack and he hit the crossbar in the second half.

There was a concern for Newcastle, though, as Willock, Joelinton, and Allan Saint-Maximin were substituted with injuries in the second half.

Newcastle plays relegated Fulham away on Sunday while the Blades host Burnley.

Related Topics:Sheffield United
Up Next