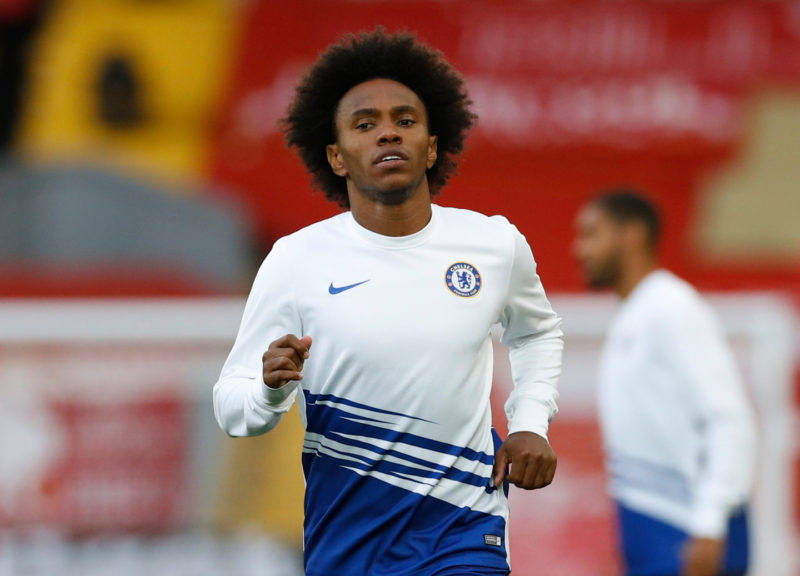 Willian is joining Arsenal on a three-year deal, according to reports.

The Chelsea winger is walking away from the club at the end of his contract and will join the North London club for a £100,000-a-week deal.

ESPN claim the transfer is imminent and he will follow David Luiz to the Emirates.

The Blues have a long-standing policy of not offering players aged 30 or over any more than one-year extensions.

The club believed they had compromised enough and played hardball with the ex-Shakhtar Donetsk star.

And Arsenal have taken advantage of the West London stand-off by handing Willian a three-year contract worth £100,000 per week, say ESPN.