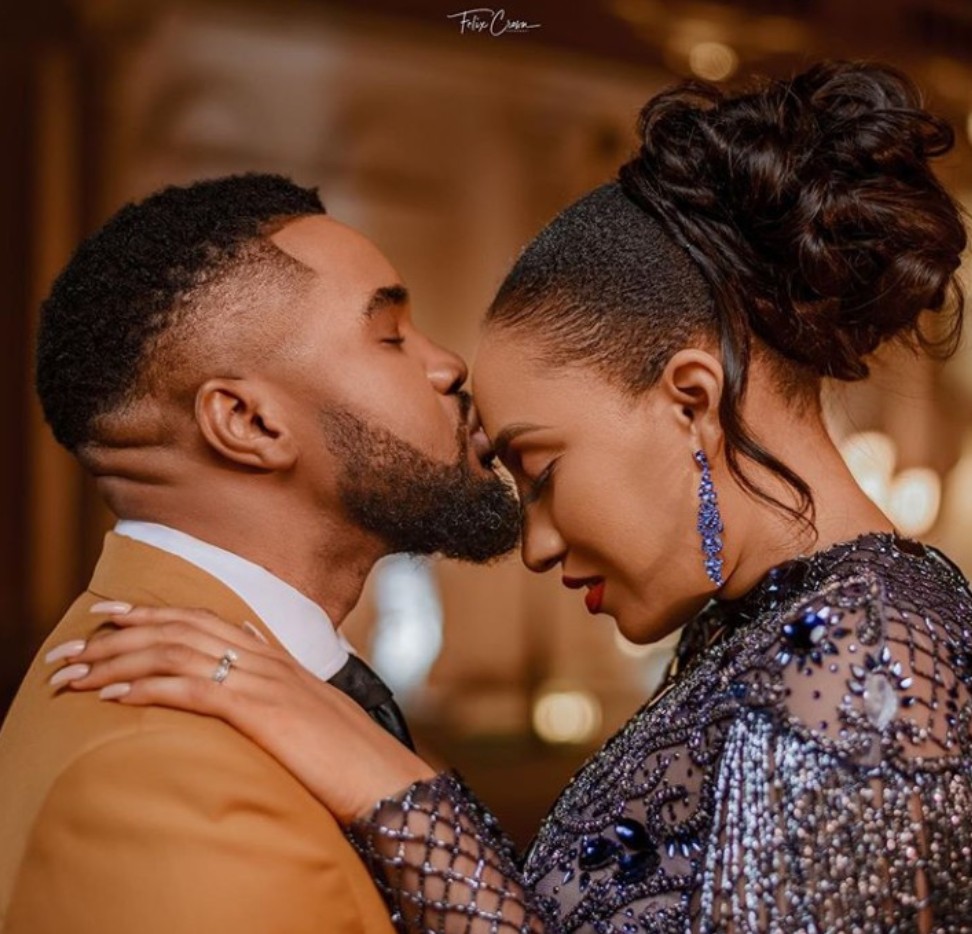 Blogger Kosi Ugo has revealed that the marriage of actor Williams Uchemba is dead on arrival because he’s gay.

Recall that, a few days ago, Williams Uchemba tied the knot with his beautiful bride who said that she was led to the actor by the Holy Spirit.

Well, according to Kosi Ugo, it is a gay man she was led to.

The blogger who shared on Facebook also said that she will soon start competing for her husband’s attention with a man.

He made the allegations through an account which he has now deleted.

“What I can never bring myself to understand is why a man who is strictly into men will go and pick one innocent woman and marry her.

“My husband is cheating on me with another man.”

This Uche Williams marriage is dead on arrival. It’s only a matter of time his wife will come out crying like that of Ken Eric’s.

By the way, if you don’t know that Uche is gay, you’re very late to the party.” 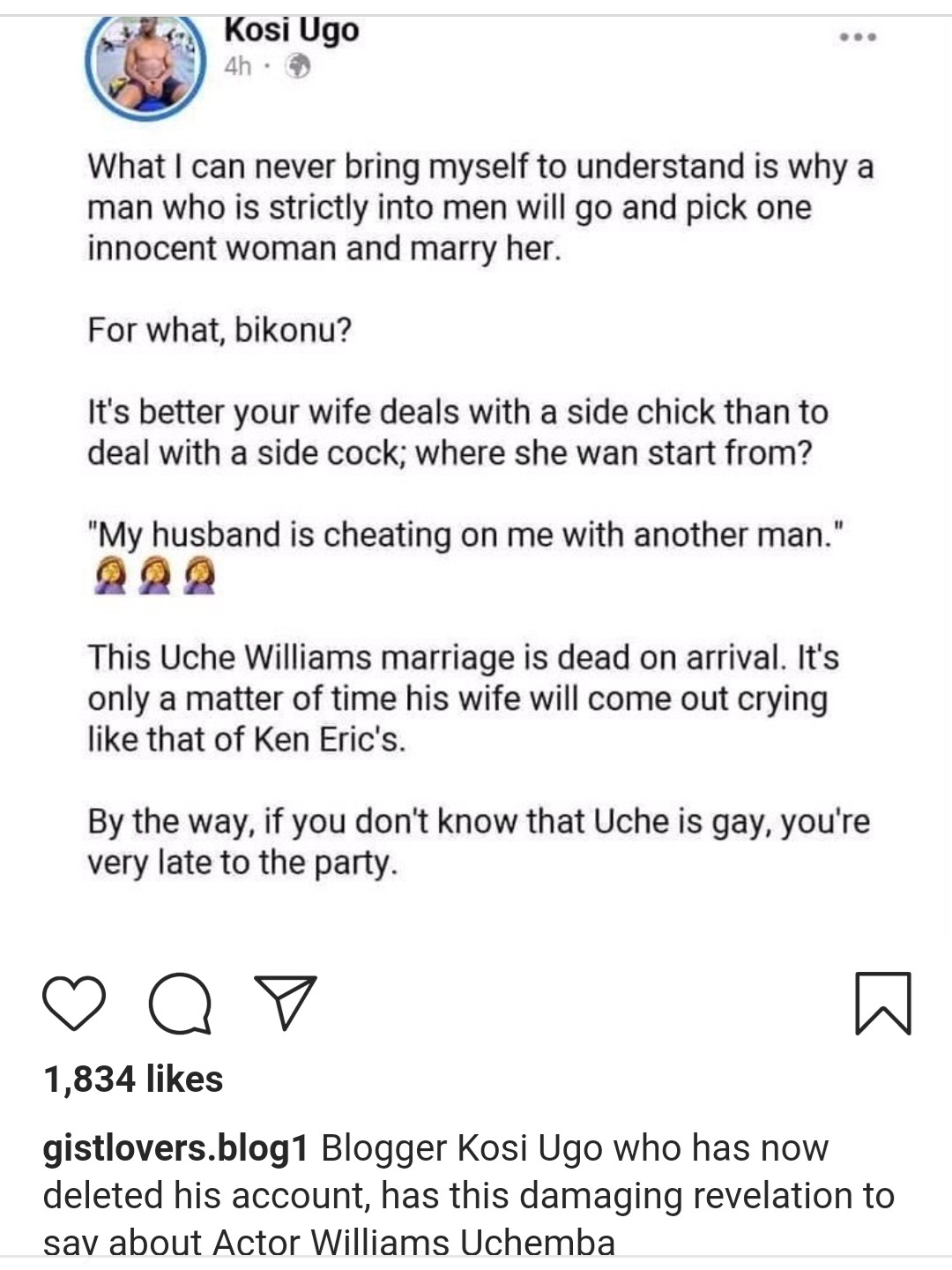