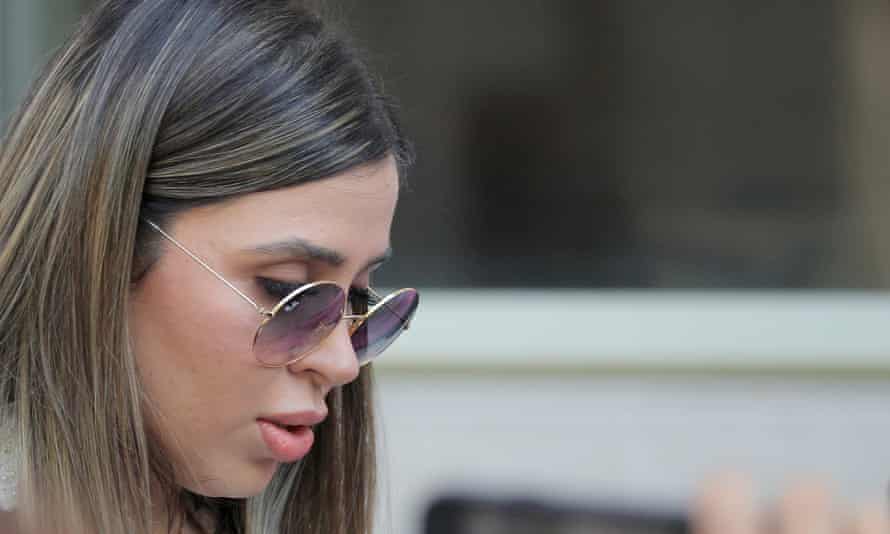 Metro UK reported that Aispuro, a former beauty queen, made the revelation while appearing for a court hearing before Judge Rudolph Contreras in Washington DC on Thursday.

The 31-year-old pleaded guilty to three counts of conspiring to distribute illegal drugs, conspiring to launder money and engaging in financial dealings with the Sinaloa drug cartel.

The drug distribution charge could earn Aispuro life behind bars, while the other two counts against her carry maximum prison terms of 20 years and ten years, respectively, and Aispuro said she understood the charges and the repercussions of her guilty plea. ‘Everything is clear,’ she said.

As part of her plea agreement, she also admitted to conspiring to help her husband, real name Joaquin Guzman, escape from a Mexican prison in 2015.

When asked by the judge if she had actually committed the crimes the government described, “Yes,” she said through a translator, according to UK Guardian.

“She is very happy to put this behind her,” Coronel Aispuro’s attorney, Jeffrey Lichtman, said outside the courthouse. “She didn’t expect to get arrested after her husband received life in prison. So, this is obviously a troubling time. But we’re going to get past it.”

California -born Aispuro was arrested in February over allegations that she relayed messages to help Guzman traffic drugs from 2012 to early 2014, and continued delivering messages while visiting him in a Mexican prison following his February 2014 arrest.

The judge announced September 15 as a provisional date for the sentencing of the former beauty queen who holds US and Mexican citizenship.

Guzman, 64, is currently serving life in prison — plus 30 years — at a federal ‘supermax’ prison in Colorado after he was convicted in February 2019 in a high-profile Brooklyn trial of masterminding a multibillion-dollar drug enterprise for the Sinaloa cartel.