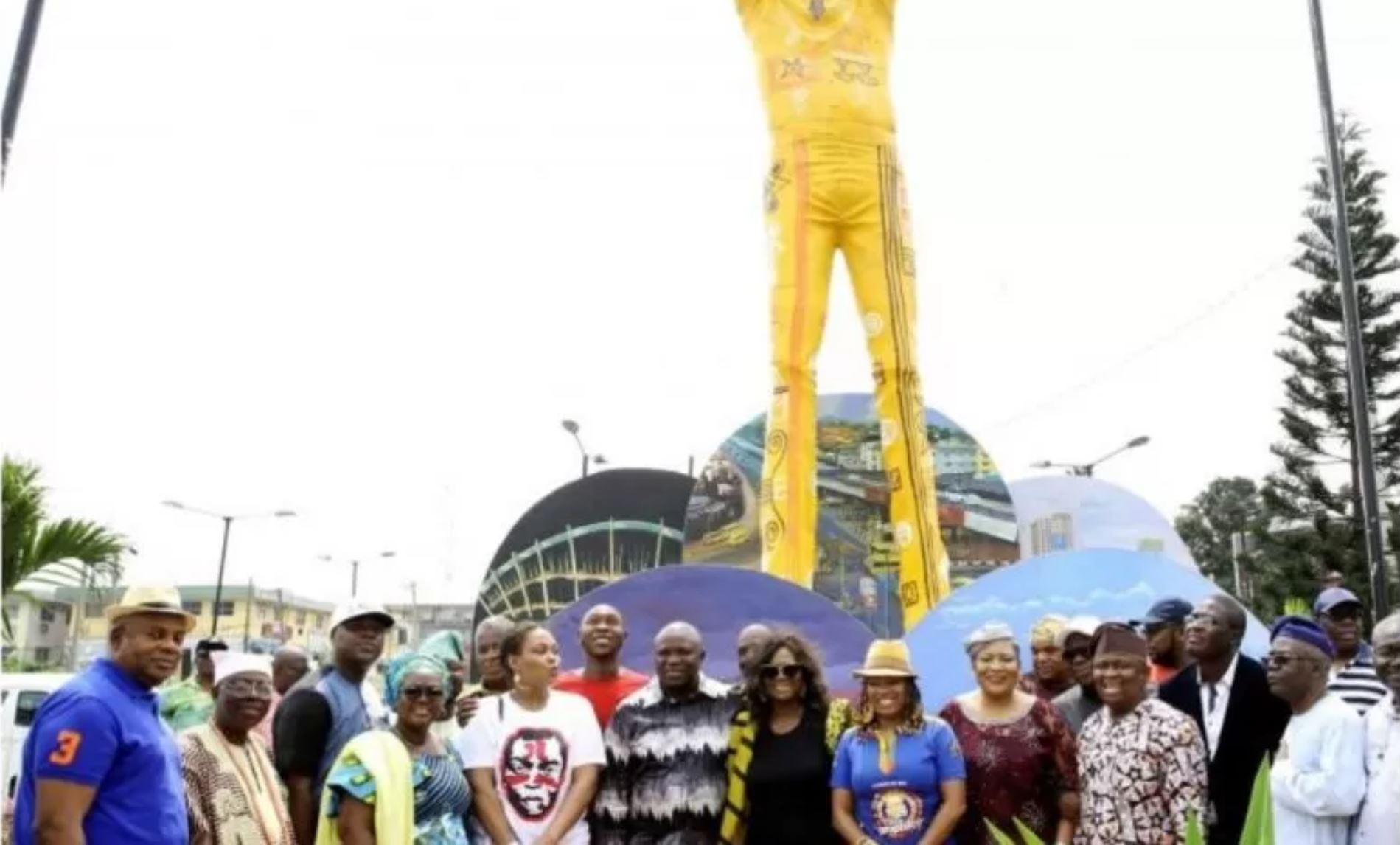 The Lagos State Government has explained why it removed the statues of Nigerian music legend and social crusader, Fela Anikulapo-Kuti and late premier of Western Region, Chief Obafemi Awolowo – both erected at the roundabout on Allen Avenue in Ikeja.

Speaking to newsmen on Thursday, the State’s Commissioner for Transportation, Dr. Frederic Oladeinde, who debunked viral reports that the statues were destroyed, said they were removed for the purpose of development.

Oladeinde said the need to carry out Junction improvements in some identified locations necessitated the removal of street furniture, statues of very notable personalities, artworks and billboards.

The Commissioner noted that Lagos State Government holds the nation’s heroes in very high esteem and would not do anything to bring down the exalted heights they have attained during their lifetime directly or indirectly.

“The Babajide Sanwo-Olu administration, in a bid to finding a lasting solution to traffic gridlocks in the State, identified about sixty congestion points and have started work to improve traffic experience in five major locations.

Oladeinde said the government duly informed and consulted the Fela Anikulapo-Kuti family before the action was taken, noting that the whole process is for the benefit of Lagos residents.

The Commissioner said the Fela statue will be relocated to the roundabout between Allen Avenue and Opebi-Toyin Street.

“We are in the process of erecting the beautiful work of art, depicting Fela Anikulapo-Kuti at the Opebi-Toyin street junction. The Ministry of Tourism, Arts and Culture is also working on a befitting location to erect the old Obafemi Awolowo statue,” he said.