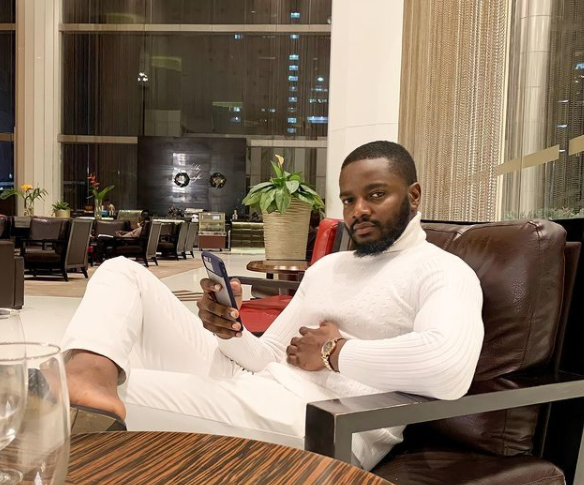 In a tweet he shared, the reality show star said people only hear discouraging news about marriage because those enjoying it are not going public with it to avoid evil eyes.

The people actually enjoying their marriages are not telling us because they don’t want evil eye on them. This is why It’s mostly discouraging news we hear about marriage. 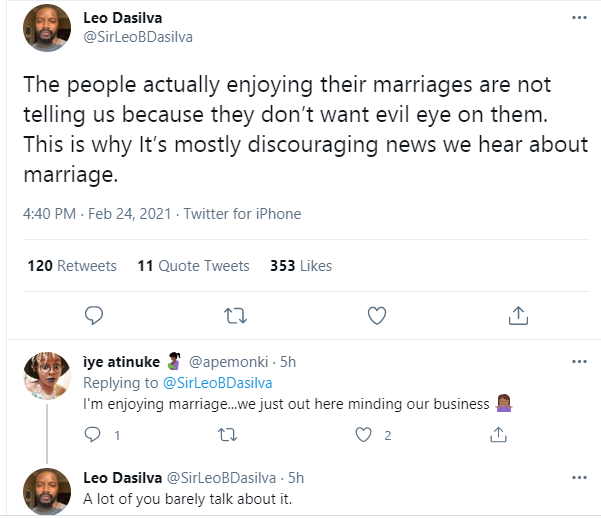 In other news, Media personality and entrepreneur Toke Makinwa took to the microblogging platform, Twitter, to send a memo to men who feel women undergo cosmetic surgeries so they can look good for them.

According to the 36-year-old actress, women undergo cosmetic surgery to look good for themselves and not to impress any man.

Toke stated that sometimes a woman is not just comfortable in her skin and she wants change, so she gets it.

She further warned that men stop thinking that the world revolves around them, so much so that a woman’s body becomes their subject of discussion