Why we need to calm down BY Femi Adesina - WuzupNigeria 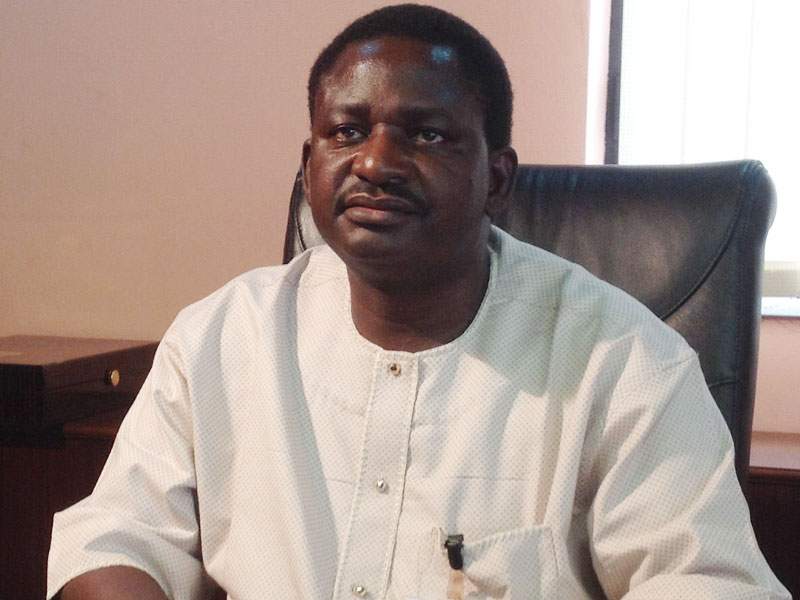 There’s this hilarious video that went viral recently. A boy had offended his mother and was about to get a beating. Tearfully, even before he got whipped, the boy tried to plead his way out.

As the mother told him to stretch forth his palm to be caned, he entreated: “Mummy, it must not be hard beating o…This is my last chance. Last chance in the world.”

Amidst tears, he said he had a question for the mother:

The boy then reclined on a couch, to show how the mother must calm down, and rest.

The boy and his mother became some sort of celebrity. Governor Babajide Sanwo-Olu of Lagos State asked to meet with him, and said there were fundamental lessons to learn from his tearful admonition to his mum.

Calm down. I’m just telling you to be ‘calming’ down. Hahahahahaaaaaaa.

But if the truth the told, that message from the boy is for the entire country. We need to calm down. We are too uptight, nervy, edgy. We grumble, murmur too much, call the government a lot of names, try to demonize those serving the nation, when it could be “our last chance. Last chance in the world” to really fix things.

If you listen to some people; angry youths, religious leaders, political analysts, newspaper columnists, news reviewers, so-called activists, then nothing positive is happening in the country. It is all about insurgency, banditry, killings, joblessness, corruption, lack and deprivation. True? False!

Those things are there, as they are also in many countries of the world. But they are not the only things happening in Nigeria. Only that we would not see the positive things, except we calmed down. We would never enjoy the rainfall, if we expect rainstorm to carry away our rooftop at any moment. Calm down. “I’m just telling you to be ‘calming’ down.”

One of my favourite boyhood songs is the one by Jimmy Cliff. ‘Keep Your Eyes on the Sparrow.’

Here I stand with my head down in my hand
Wondering what on earth I have done wrong
There’s a cloud that has overshadowed me
Blocks the light from my eyes, I cannot see
But I know where I wanta be
Right or wrong, I’ve got to face my destiny

That is a song of hope. It’s a song of encouragement. The Good Book says God keeps His eyes on the sparrow, and none can fall down without His permission. If He watches over a bird, how much more we human beings, created in His image? But man has walked away from that original estate. We sit on the complaint counter. We murmur, curse, cavil. We rail against God, against man, against the government, even against our own selves. We indulge in hate speech, concoct and spread fake news. And it blinds our eyes. It blocks the light from our eyes, and we cannot see. We never see good, even when it surrounds us. We focus only on negative narratives.

Let me give a practical example. Last Sunday, one of the guests on Sunday Politics, hosted by Seun Okinbaloye of Channels Television, was one Group Captain Sadeeq Garba (Retd). He was also deputy head of safety and security at the African Union Commission, and now a private security consultant.
The retired Air Force Officer was asked to talk about the worrisome trend of killings in the country. The man said the killings were sad and regrettable, but things were not as completely negative as some people and interest groups would want to make them seem.

Now, one life lost is already too many. One single life should not be taken wantonly, not to talk of in hundreds and thousands. It is bestial, inhuman. But why do some people want to make it appear as if we hadn’t passed through worse times in this country? Forget about who was in power as President. It is not about individuals now, it is about the descent of a country into the Hobbesian state of nature, where life is nasty, brutish and short. For President Muhammadu Buhari, it’s a solemn pledge that lives and property would be secured. And a lot is being done in that direction, though we are not there yet. Unkind, negative comments can only demoralize those fighting to secure the country.

When the President said recently that things were better in the area of security than what he met in 2015, some people wailed endlessly, as is their wont to. But when the Group Captain came with facts and figures on national television last Sunday, not one word was heard. Not even a whimper! Why do people like to spread negative, rather than positive developments? Killings dropped from 15,600 in 2014 to 4,618 in 2016. But not one positive word. Simply because their eyes are blinded by negative thoughts and sentiments. And they now need to calm down. Rather than upbraid, our security agencies should be challenged and encouraged to rediscover what they did in 2016.

During the week, the Ministry of Power said electricity generation had returned to over 5,000 megawatts. Not a word from professional complainers. If it had dropped to below 1,000 megawatts, we would not have heard anything else. Calm down. “I’m just telling you to be ‘calming’ down.”
If we calm down, what would we see? Massive infrastructural developments. Roads, rail, airports, bridges, efforts to reverse power deficit of many decades, newly approved Youth Bank to empower the younger generation, strident efforts to secure the country, N2.3 trillion stimulus package to combat the negative effect of COVID-19, and many other positive developments. There are many and many more.

Jesus looked at Jerusalem, and wept over it, saying: “if thou hadst known in this day, even thou, the things which belong unto thy peace. But now, they are hid from thine eyes.” (Luke 19:42).

We will see the things that pertain to the peace of our country, if we would just calm down. As the young boy said, “this is my last chance. Last chance in the world.”
It could well be.

*Adesina is Special Adviser to President Buhari on Media and Publicity

Corona party and a foolish, restless generation BY Fola Ojo