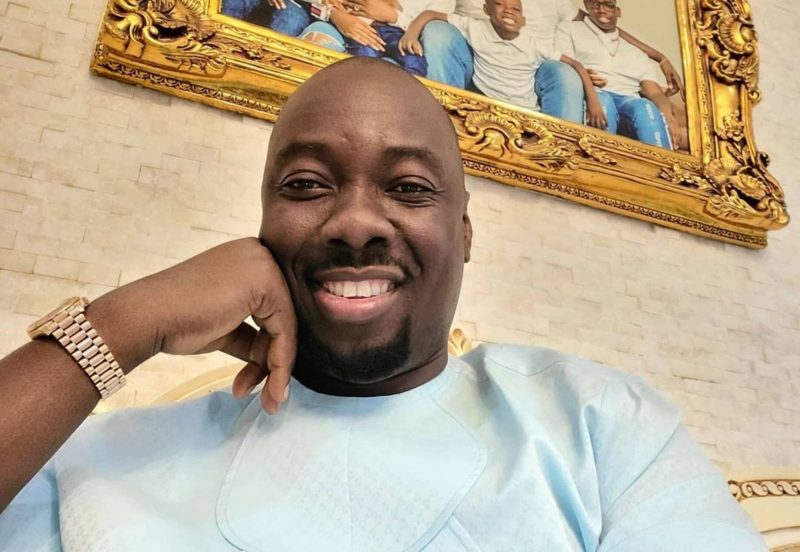 Socialite and billionaire, Obinna Iyiegbu popularly known as Obi Cubana, has given reasons why his mother’s burial was carnival-like.

Speaking in an interview with BBC Pidgin on Tuesday, Obi Cubana revealed that before the death of his mother, the family had promised her a carnival on her 80th birthday.

He explained that unfortunately, she couldn’t make it to her 80th birthday.

Following her shocking demise, they vowed to channel all their savings earlier meant for the birthday carnival to the burial.

In the last few days, Cubana has been trending on social media users following the lavish burial ceremony he threw for his mother at Oba, a town in the Idemili South Local Government Area of Anambra State.

Worthy of mention was the ‘naira rain’ drama displayed by celebrities, business people, politicians and other invited money bags which made people wonder whether Cubana was involved in cult or money rituals.

Reacting to rumours and mystery surrounding his source of wealth, Cubana explained when he made his first million, it was nothing short of hard work.

According to him, his breakthrough came after his National Youth Service Corps programme in Abuja.

The political science graduate from the University of Nsukka explained that he had his youth service in Abuja where he was subject to a monthly allowance of over N100.

While disclosing that his primary place of assignment at the National Assembly where he earned N2000 monthly, Obi claimed that he put up with his friends and brothers in a one-room apartment in Zone 4, Abuja.

Cubana stated that it was in Abuja that he was introduced to the real estate business, where he met a client who wanted to furnish a house.

“That was the first N1.1 million I made before I joined contract work in Abuja. I signed a contract with PPMC, made a little money, then bought my Mercedes V-boot,” he said.

He revealed that he invested the money he made into a garden beer parlour before he established Cubana, which has now gained national and international prominence.

He, therefore, advised people to be straightforward and honest in their dealings, as that will open more doors of success for them.

Related Topics:Obi Cubana
Up Next