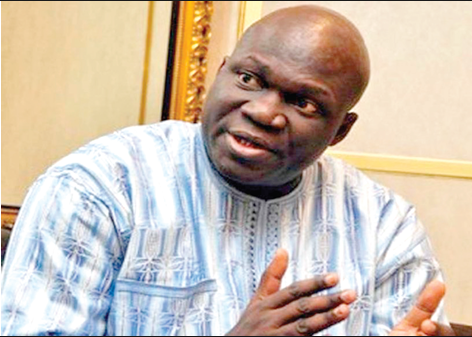 Citing an executive decision of the African Union (AU) which had set a deadline of November 30, 2019 for African countries to nominate candidates, Egypt made the extraordinary claim that even Yonov Frederick Agah — Nigeria’s permanent representative to the WTO who was earlier nominated for the director-general’s position before his name was substituted — was no longer qualified to run.

In a letter to the AU, Egypt said Nigeria’s nomination of a new candidate “is not in conformity with the executive council decision”.

TheCable reported that the country went on to add that its own nominee, Abdulhameed Mamdouh, and Eloi Laourou of the Republic of Benin are currently the “only two endorsed African candidates”.

While Egypt argues that Okonjo-Iweala came in five months late, TheCable checked the WTO guidelines for the nomination of candidates and found that her nomination is right on time.

According to the WTO, “General Council Chair David Walker of New Zealand informed members on 20 May 2020 the appointment process for the next Director-General would formally commence on 8 June with nominations accepted from that date until 8 July.”

This means nominations are still open till July 8, 2020 — over a month after Okonjo-Iweala was endorsed by Buhari.

More so, the AU has no role to play in determining the validity of nominations — it is the job of WTO — although the sense of African solidarity would be valuable at the vote.

It is highly unlikely that the AU would fail to recognise Okonjo-Iweala as Nigeria’s candidate.

Egypt said in its letter that it was already in talks with the Benin Republic to allow Africa present a single candidate.

All of that has become all the more complicated as Kenya’s Amina Mohamed has now raised the number of nominees from Africa to four.

WHY IS EGYPT RUNNING SCARED?

Based on the track record of existing candidates before Okonjo-Iweala was nominated, Egypt had a good shot at the job, but her entry into the game changed that.  While Yonov Frederick Agah has immense experience as Nigeria’s permanent representative to the WTO, his role as the deputy DG ensures that he is part of the old guard, which has been rendered less powerful by President Donald Trump.

The organisation is currently a battlefield for China and the United States, which have also not produced a DG since WTO’s inception. Robert Averedo, the current DG is stepping aside a year before the expiration of his tenure due to Trump’s interference in the affairs of the WTO.

No African has been elected DG of the WTO since it was founded 25 years ago. Every election is an opportunity for Africa. In 2013, the Africa Union presented Alan Kyerematen, former Trade Minister from Ghana, as the African candidate.

But Amina Mohamed of Kenya also threw her hat in the ring, which ensured that both candidates lost to South America. In 2020, those familiar with the WTO are hoping this would not happen again, pushing the need for a single African candidate.

MORE READING!  LEADERSHIP – The impact of selflessness BY Don Ebubeogu

With Okonjo-Iweala in the race, a single African candidate gets more difficult — and if at all one would be chosen, it would likely not be the Egyptian candidate. Based on the current US-China WTO politics, a new candidate, who may be seen as rejigging the organisation is preferred.  Hence, Egypt’s chances get really slim. But before we make those conclusions, how do the candidates stand?

HOW THE CANDIDATES STAND

TheCable reviewed the profiles of the candidates from Africa to see how they stand on the world stage. Here is what we know about Okonjo-Iweala and the Egyptian contender.

Time to talk about rape and racism BY Gbenga Oloniniran

Is this the American Spring? BY Umair Haque

Being too nice leads to uselessness, Reno Omokri says

Homosexuality in Nollywood forced me to make movies – Victor Iyke