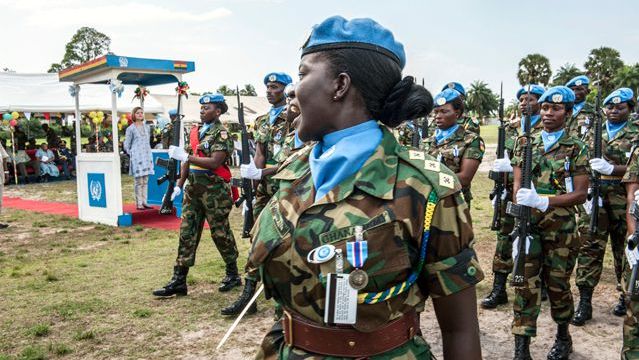 The International Peacekeepers’ Day, commemorated annually on 29 May, is set aside by the United Nations to celebrate the contributions of civilian and uniformed personnel who perform the task of peacekeeping for the organisation.

According to statistics on its official website, 130 UN peacekeepers lost their lives last year and 4,000 have died since 1948 when the UN peacekeeping mission began.

UNTSO started its operation in Palestine on 29 May. Therefore, this day was selected as the International Day of UN Peacekeepers.

The day has been established in order to recognise and honour the courage of UN Peacekeepers who could be military and police professionals or civilians. The day is also used as an opportunity by the UN Peacekeepers to strengthen their bond with the local people.

This year, while supporting the local communities, the peacekeepers also had to deal with the effects of the COVID-19 pandemic.

The theme of the International Day of UN Peacekeepers 2021 is “The road to a lasting peace: Leveraging the power of youth for peace and security”.

Many of the UN peacekeepers are between the ages of 18 to 29 and the organisation is also increasingly collaborating with youth groups.

Generally, the day is celebrated solemnly as the UN remembers the peacekeepers who lost their lives during the missions. On 27 May, at the UN headquarter in New York, Secretary-General António Guterres laid a wreath in honour of peacekeepers.