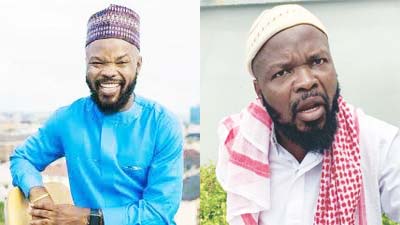 One of Nigeria’s ace broadcasters, comedian and actor, Chinedu Emmanuel, better known as Nedu, has disclosed that he delved into social media comedy in search of fame.

In an interview with Sunday Scoop, the multitalented actor also known as ‘Alhaji Musa’ revealed that he took the bold step when he realised that people did not know his face.

“It was just my voice they knew. One is only known in the state where one’s radio station has coverage and I needed more than that. That was when I decided that I needed people to know the face and make them know that I could do more than just being on radio,” he said.

When asked if social media comedy had paid off for him, the comedian said he stuck to it because it was lucrative.

He also stated that while many complained bitterly during the COVID-19 lockdown in 2020, he did not have cause to complain.

“The COVID-19 lockdown did not affect me. People wanted to do adverts more, so they contacted us to shoot more adverts and social media skits,” he stated.

According to him, the success of the ‘Sister Nkechi’ character he created spurred him to do more.

“I started with the ‘Sister Nkechi’ character which did well. When I saw that many people liked it, I realised I needed to do something different because it was becoming too much. I then switched to ‘Officer Jato’. I try as much as possible to keep up with the times and get better by the day.”

On the doors social media comedy has opened for him, the Madonna University graduate said, “It has opened a lot of doors and it is still opening. I am doing this for the money; not just because I enjoy it,” he noted.

Related Topics:I switched from broadcast to social media skitsNedu AKA Alhaji MusaSister Nkechi
Up Next