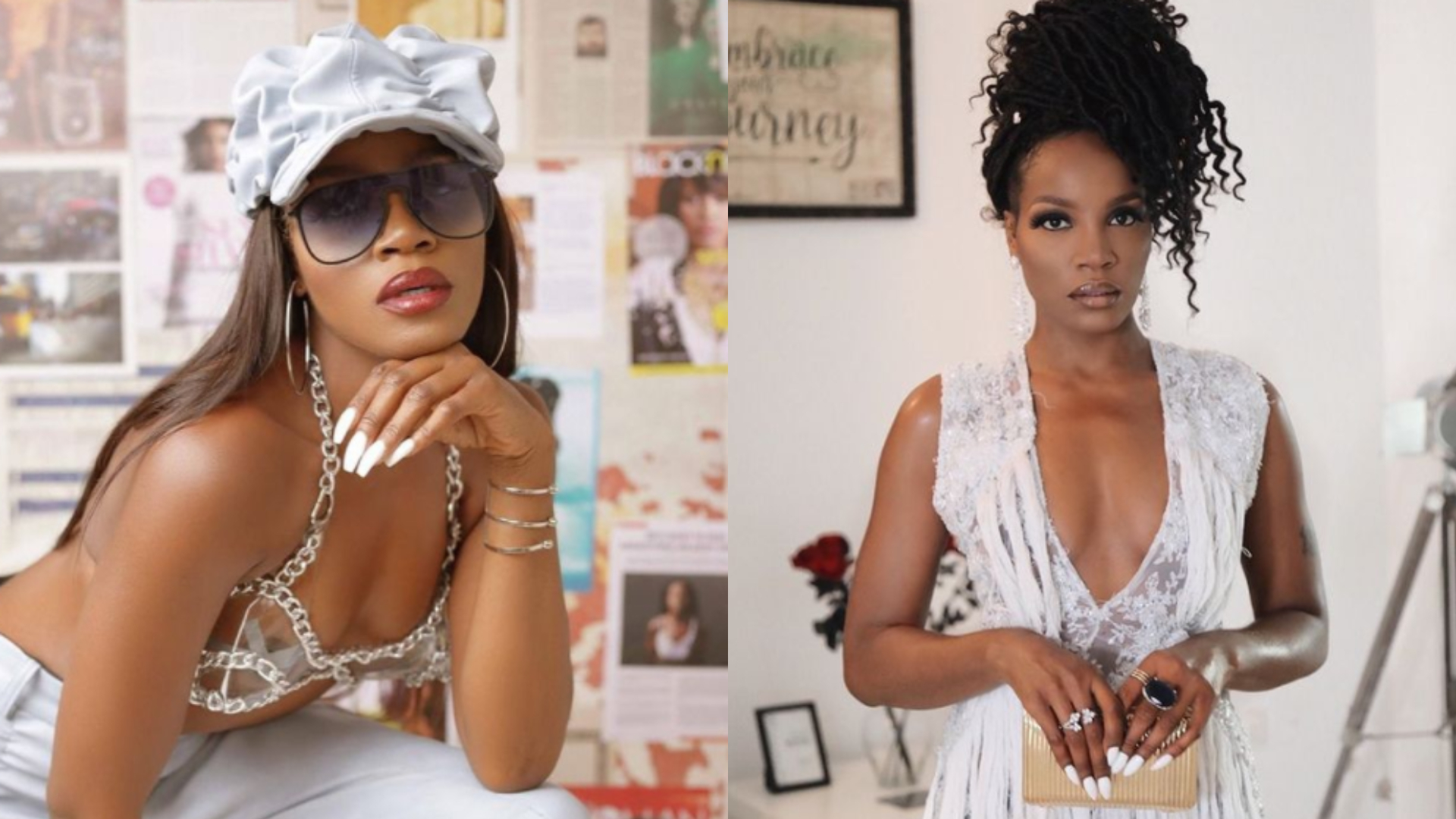 Seyi announced via her Twitter page on Friday that the step was taken to avoid fuelling unfounded dating rumours.

The 35-year-old singer also expressed concerns that so many men whom she has neither met physically nor online have speculated that they had slept with her at one point or the other in the past.

The popular singer, who is one of the three judges on the Nigerian Idol Season 6, disclosed that such an unpleasant experience has made her stop posing with random male fans and celebrities.

“People talk so much about ‘pretty privilege’ but always forget to talk about some of the mess you deal with when you’re ‘pretty’. Ask your pretty friends and sisters. #Pempe.

“Should I start mentioning the names of guys who at one point said they slept with Seyi Shay when I’ve never met them in my life? They want to associate with a hot girl so bad at the expense of anything. Insecurity of fuck-boy-rism? #Pempe.”

“I’ve taught myself not to pose with random guys (‘fans’) or some famous male figures because what usually follows is rumours that we’re dating. To my hot girls dem, We move!! #Pempe , every hot girls anthem, drops at Midnight.” 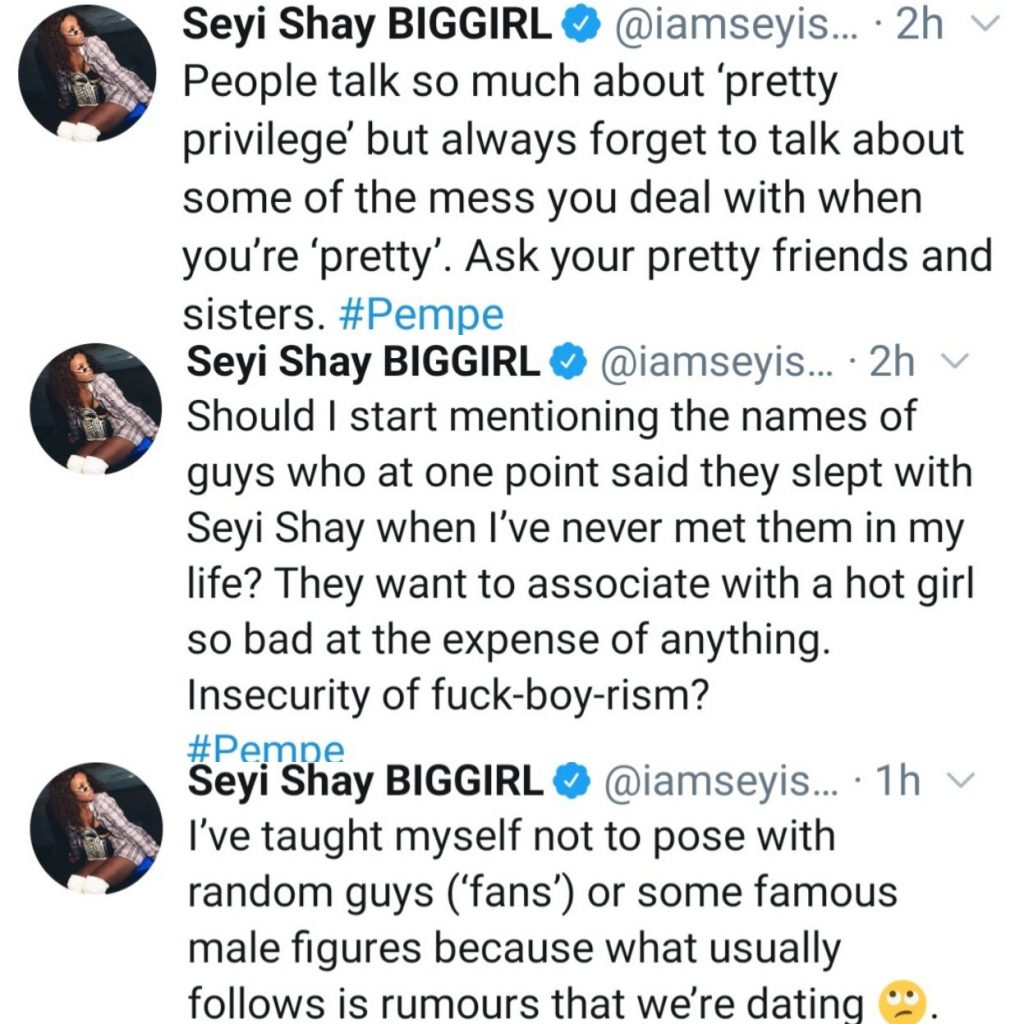