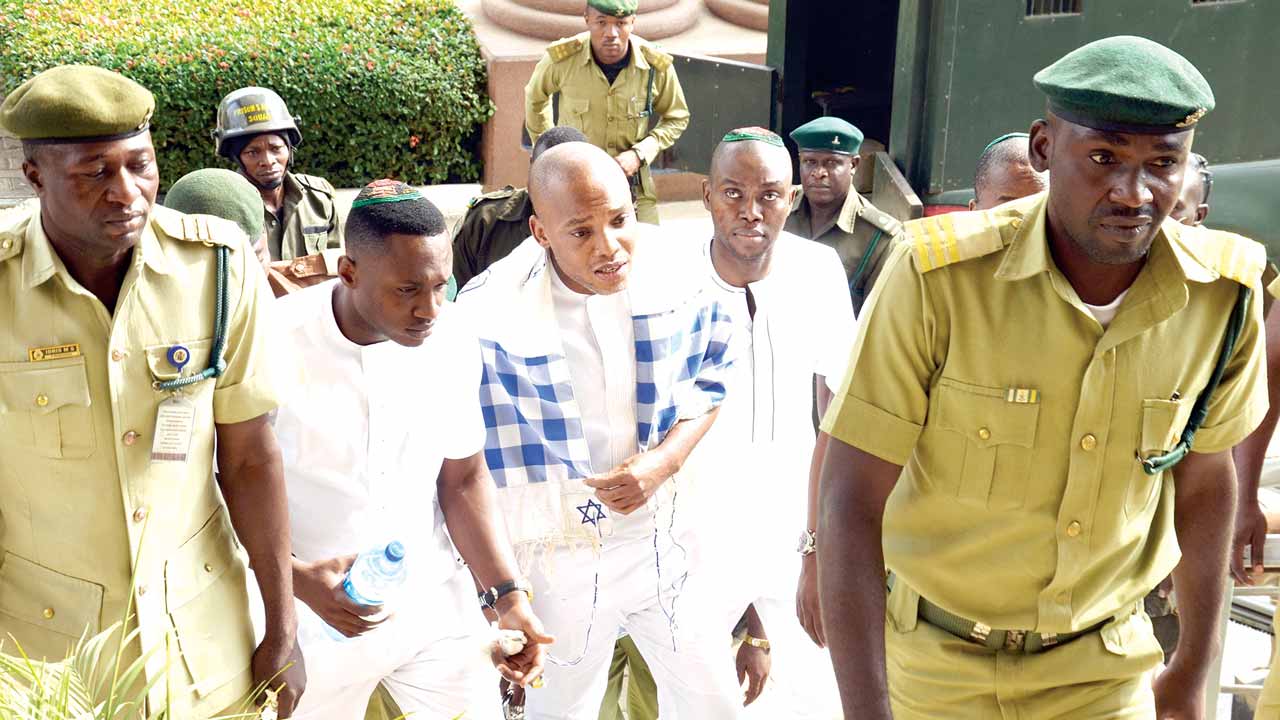 The leader of the proscribed Indigenous People of Biafra (IPOB), Nnamdi Kanu, on Tuesday, countered the allegation levelled against him by the Federal Government through its counsel, Shuaib Labaran.

An angry Kanu told the Federal High Court in Abuja that he did not run out of the country or jumped the bail granted to him because he wanted to escape trial.

According to Tribune, the IPOB leader declared that he would have been shot dead if he had not applied wisdom, not minding the criminal charges of terrorism and treasonable felony slammed against him by the Federal Government.

Recall that WuzupNigeria reported how the Attorney General of the Federation, Abubakar Malami (SAN) had earlier in the day announced the re-arrest of Nnamdi Kanu by joint security agencies.

Malami did not state where the self-acclaimed IPOB leader was kept since his arrest on Sunday, June 27, 2021.

However, an agitated Kanu sought the permission of Justice Binta Nyako to address the court upon his appearance in court for continuation of trial shortly after the AGF’s briefing,

When his request was granted, the self-acclaimed Biafran leader told the court in the presence of heavily armed security operatives that his house was invaded by security men with his life seriously threatened.

Kanu further stated that he would have been killed along with others on the day of the invasion if not for the wisdom he applied to escape out of the country.

His reaction was seemingly provoked by the statement of the Federal Government counsel, Shuaib Labaran that he fled the country to escape trial.

Labaran, thereafter, applied to the court for an order to remand Kanu in the custody of the Department of State Service (DSS).

The Federal Government counsel told the court that the request became imperative because lawyers to Kanu were yet to be abreast of his rearrest.

Although the continuation of the trial of the IPOB leader was earlier slated for October 20, 2021, it was however brought downward to July 26, 2021, for his lawyers to appear for his defence.

Related Topics:IPOBNnamdi Kanu
Up Next