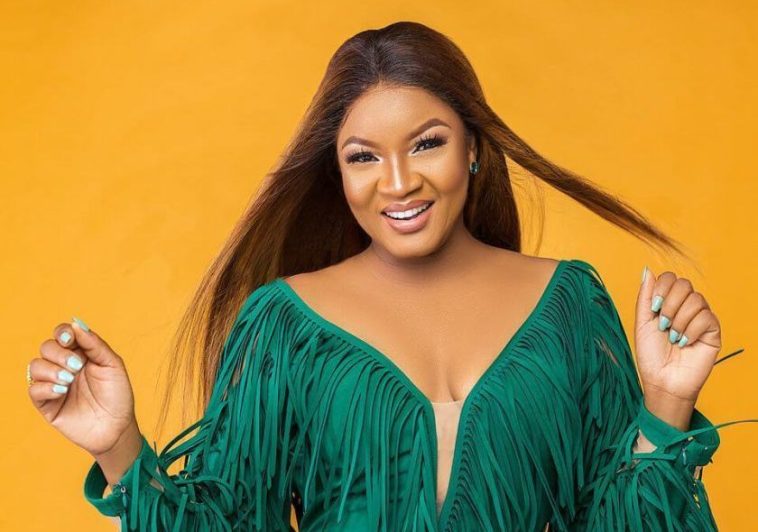 Ace actress, Omotola Jalade-Ekeinde, has relived one of the most tragic moments of her life ― the death of her father. She revealed that when she learnt of her father’s death, she could not mourn him because she was emotionless.

During an emotional chat with Chude Jideonwo, the actress revealed how close she was to her father till he died when she was 12 years old.

She said, “I think everything I have been, positively or negatively, was solely because of that ― my father’s death. It affected me so much that I did not even know how much. I did not even mourn my dad.

“They picked me up from school, I was just 12; understand that I was very close to my dad. I was an only child for a long time. My dad and I were close and he was the manager of Lagos Country Club; I mean Lagos Country Club when it was the only club. Ikoyi Club was just trying to grow teeth that time.

“All the presidents, everybody was there. So, my dad was like a hip man. Because we were so close, I started rolling with people of influence from a very little age; it was nothing to me. I was always with them. I will sit down and my dad would tell me, ‘cross your legs’ and I would cross my legs. There are presidents and everybody there talking and I am sitting down and imitating them. My dad would tell me that you know you can be a first lady and I would agree with him. So, this is how close we were.”

The screen diva noted that the first time her father broke her heart was when he enrolled her at Command Secondary School, Kaduna.

“The first thing he did that broke my heart was when he shipped me to Kaduna when I was about nine. I was a child, so, I did not take it very well. I asked myself why my dad would do that. At the time, they had just given birth to my younger brother. I was seven when they gave birth to my younger brother. So, at age nine, he shipped me to Command Secondary School, Kaduna.
“He took me there. I remember when he was leaving, we were both crying. But as a child, it kind of affected me because I thought, ‘so now, he has other kids and I am no more important to him.’ So, he left; that is very far away. Kaduna is not somewhere that daddy can just come. I was there and growing,” the actress said.

Just while she was preparing for her JSS3 exams, the actress said that she was summoned home, and while at the airport waiting for her flight, she knew something was wrong.

She figured someone had died but she hoped it was not her father.

“At age 12 , I was in JSS3 and we were about to do the JSS exams, I began to believe that I would have time to spend with him and I can start bonding with him because I was becoming a little lady; I was just a teenager. They just came and picked me up from school and said I had to go home.

“In those days, they pick you up and you have to go home via Nigerian Airways. You are in the airport and waiting for hours. I had a long wait at the airport and I began to think of why I am going home. I knew somebody had died. Everybody in my school was tiptoeing, I think they told them but they did not tell me.

“The way they came to get me, I knew something was wrong. The only thing I kept saying was ‘I hope it is not my dad.’ In a very callous way, I was okay with it being anybody but my dad. When I got to my house, I started to see the crowd on my street and I knew, obviously, there had been a death.”

She continued, “So, going through that mental process, till I got to our compound, because our house was very big, there were all these people and I had to walk through. It was like a movie. I had to walk through everyone and as you are walking everyone is turning to you. Some wailing, some looking in slow motion; I still remember the feeling.

“I kept thinking, who is going to greet me first, who am I going to drag out of the list. When I saw my younger brothers, then I walked up the stairs and saw my mum, and I froze because it dawned on me that it was my dad.”

Ekeinde said that the instant she knew it was her father that died, she did not know how to react.

The thespian added that her father’s death has made her thick and unbothered about anything that can happen in life.

“So, I was just there; I was numb, I was really numb. Now that I am older, I can understand it, but then, I did not. So, I just became emotionless. It has affected me till this day. There is nothing you would say that will almost move me. It was like something died in me, I don’t know how to explain it,” she said.

Related Topics:DeathFatherOmotola Jalade-Ekeinde
Up Next