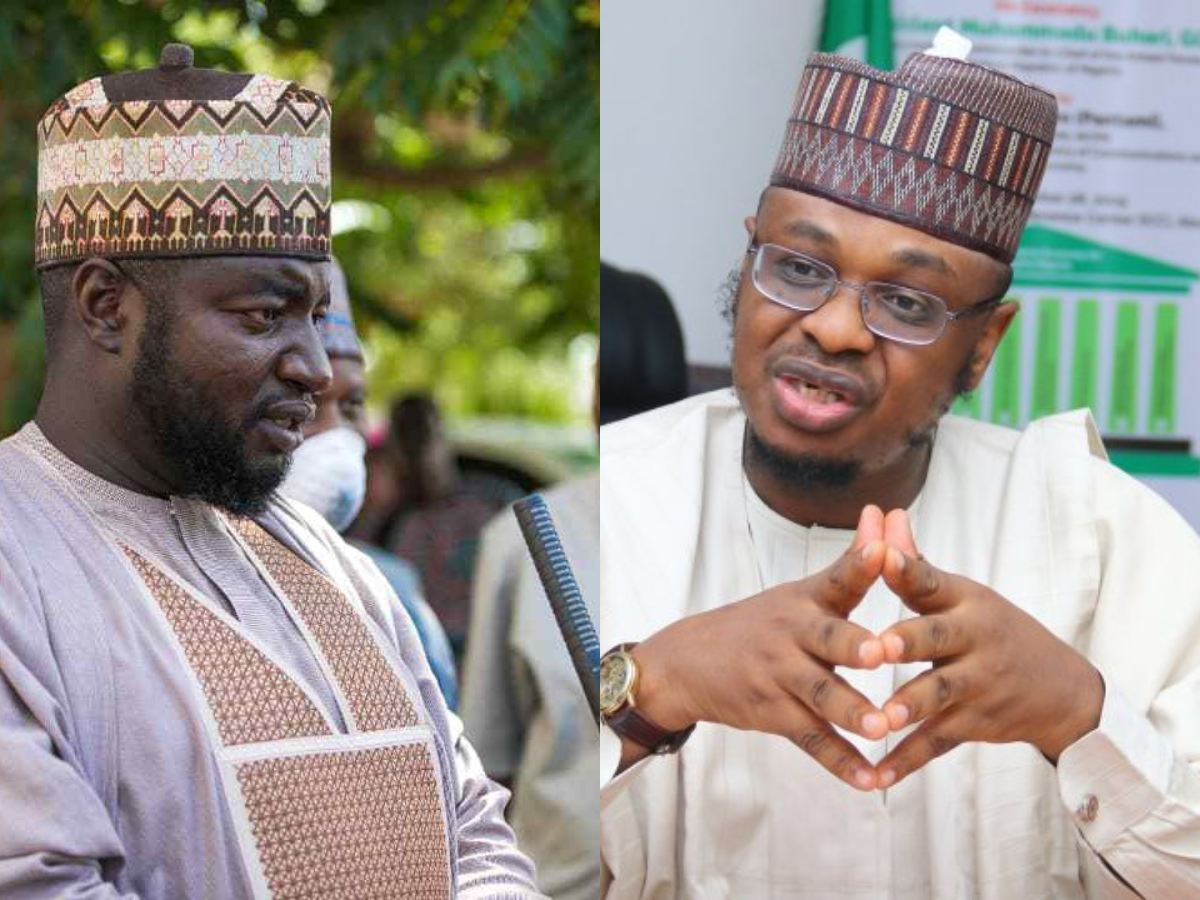 Chairman, House of Representatives Committee on Navy, Yusuf Gagdi, has questioned the timing of the exposure of the Minister of Communications and Digital Economy, Isa Pantami’s extremist views.

Speaking during an appearance on TVC breakfast show, ‘Your View’, on Monday, Gagdi wondered why some Nigerians who knew about his position did not alert the National Assembly during his ministerial screening in 2019.

Pantami has been under fire since the revelation of his past support for international terrorist groups, al-Qaeda and Taliban, leaving many Nigerians baffled as to how he scaled the Department of State Services and NASS screening process before his appointment.

Amidst the controversy and backlash, a former Assistant Director with the DSS, Dennis Amachree, during an appearance on PUNCH Online interview programme, The Roundtable on April 22, clearly stated that the DSS had intel on Pantami. He said, “I can tell you that in Pantami’s case, we have it.”

Amachree, however, added that Pantami must have sailed through NASS screening due to a lot of factors including federal character balancing and religion.

“But there is a political angle to it. When somebody is being appointed, if the security agencies see that there is something wrong with his name, they will send it to the appointing agency.

“The appointing agency will now decide amongst other variables either religious variable, federal character balancing variable, or political variable and say that, ‘Oh, yes, we know that this guy has this and that but let’s appoint him.

“So, the political decision is not taken by the SSS. Even when you go to the Senate for confirmation…”

However, in response to Amachree’s comments, Gagdi, who said he was amongst those who screened Pantami in 2019, was quick to deny the claims, adding that the NASS had no intel regarding the embattled minister’s pro-Taliban affiliations in the report sent to the National Assembly.

Gagdi said, “I don’t think it is true that there was (anything) in that report regarding Pantami to the National Assembly, quote me anywhere.”

“What is clear which I stand by is that this pressure which some Nigerians who are privileged to know the commitment and disposition of Pantami when he was 34, why didn’t they bring it up to the attention of the National Assembly during the screening of the ministerial nominees?

The Punch however noted that the DSS spokesperson, Peter Afunanya, has been unreachable for comments regarding the matter.

“I think this issue of Pantami should not disqualify our democracy,” Gagdi continued on the TV programme, adding that Buhari has a right to sack or retain Pantami in his cabinet.

“He (the President) has the right to either give the man (Pantami) a prerogative of mercy or to sack the man. That is his own power just as President (Donald) Trump before the end of his tenure decided to forgive criminals in the United States which was unacceptable to some democrats. It is the same democracy that we practice in Nigeria,” the lawmaker stated.

My service to Nigeria cost my family, me hardship – Ezekwesili