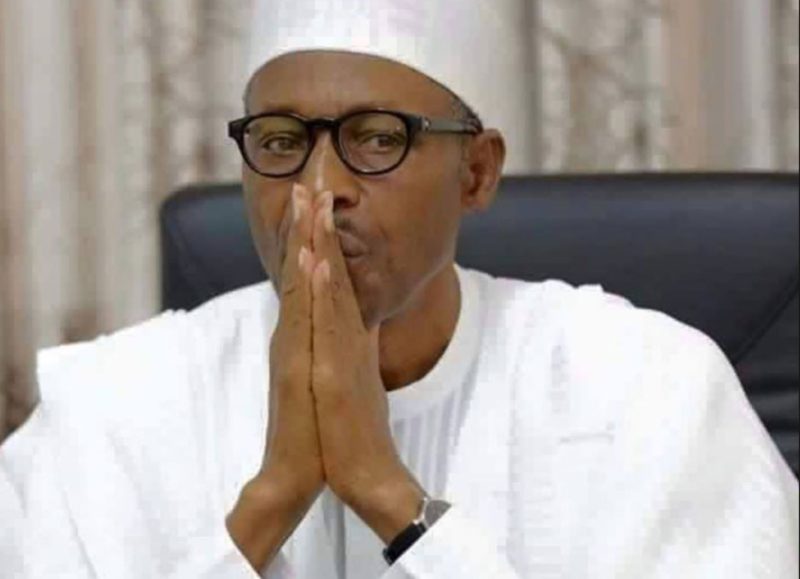 President Muhammadu Buhari, who came to office in a seismic political shift that swept out of office 16 years of continuous rule by the People’s Democratic Party, PDP recorded yet another resounding victory to win a second term in office, leading his closest rival by a record-setting four million votes.

His party, the All Progressives Congress, APC gained the highest parliamentary majority in the Fourth Republic in the Senate and the House of Representatives, giving the President an ample room to carry out reforms he wished to carry out, but was outmaneuvered and frustrated by the Eighth National Assembly.

While campaigning for the 2015 general elections, President Buhari’s All APC made promises to end Boko Haram terrorism and secure the country for it to be efficiently managed; to restructure the economy, halt its downward slide and create jobs and to fight corruption because, as the president repeatedly says, “if Nigeria doesn’t kill corruption, corruption will kill Nigeria.”

His climactic victory against the then incumbent Goodluck Jonathan, his strong message on the three issues as listed above, his practical and serious approach helped to awaken a nation misled by characters who placed self above nation for sixteen years and more.

The Buhari administration has established for itself an anti-corruption reputation and has been in office nearing four years without a major scandal. The African Union has on account of this, selected the President as the continent’s anti-corruption champion.

The Buhari administration can pat itself on the back for this achievement when it is viewed against the established culture in which corruption is the norm.

To win the war against corruption and institute transparency in the affairs of government, the Buhari administration introduced a number of fiscal reforms and plugged several leakages.

In the firm belief that the party was not mistaken about the problems facing the country, Candidate Buhari went into the February, 2019 campaign on the same issue platforms. The President and his party looked certain of victory from the sea of crowds that attended his political rallies all over the 36 states of the federation. He was the only candidate to have campaigned at least once in each state and the Federal Capital Territory.

These rallies attracted large crowds, mostly of the poor who are trusting in his impeccable qualities of honesty and integrity, and have bought into the idea that he will quickly push their country onto the top by lifting up the economy, creating jobs, securing the nation and ending the nightmarish corruption which had become the order of the day. Some of the events were marked by incidents of road acc ident, podium or building collapse and stampede leading to tragic losses of life.

At many of those well-attended rallies, the venues fell short of the people gathered. Thousands of supporters outside tried to barge into the inner rings of the venues. Pleas were not heard by surging crowds which resorted sometimes to throwing chairs, sachet water and bottles into the no-man zones in front of the stage.

It was evident from the commencement of the campaign that President Buhari had a a two-pronged election strategy, one to showcase the achievements of his administration in its first term and two, to cash in on his popularity with the lower rungs of the population.

The party itself doubled down on President Buhari by zeroing in on his image as a diligent, coolheaded and incorruptible leader. In that enduring appeal, the APC saw a trump card going into the election.

Nobody can question President Buhari’s achievements. They are there for all to see.

The administration has significantly curtailed corruption to the point of abolishing what is called “grand corruption.” Given Treasury Single Account ,TSA , th e Integrated Payroll and Personnel Information Scheme, IPPS, the Bank Verification Number, BVN number and Whistle Blower schemes, it is no longer possible for people in authority to, for instance, request the withdrawal of millions, or sometimes billions of Naira or US Dollars to be shared among party members as was the practice under the past administrations. To boot, the Buhari administration has signed onto the global Open Government Partnership, OGP.

Reforms are being carried out in the justice sector with a number of domestic legislations and international agreements to facilitate the identification, tracing, freezing, recovery and forfeiture of ill-gotten assets.

The administration’s primary sectors of agriculture and solid minerals have experienced growth of 180 and 565 percentage points respectively. Nigeria has today achieved near self-sufficiency in rice production.

Government has launched a series of funding and capacity development initiatives to support Micro, Small and Medium Enterprises. The work of the Presidential Enabling Business Environment Council (PEBEC), inaugurated by President Buhari in August 2016 has resulted in moving Nigeria up 24 places on the World Bank’s Ease of Doing Business rankings, and earning a place on the list of 10 most improved economies. In this regard, the administration has issued a number of Executive Orders on improving efficiency in the business environment and promoting local content.

The Buhari administration has also demonstrated a single-minded commitment to upgrading and developing Nigeria’s transport, power and health infrastructure.

Road projects are ongoing across every state of the country, with many of these projects having been abandoned for many years.

The country’s narrow-gauge rail network of 3,500 Kms is currently being upgraded; Abuja’s light rail system has been completed and commissioned with a link to the Abuja-Kaduna rail line, which has equally been completed and launched. The Ibadan-Lagos standard gauge rail is being test run . Ibadan-Kano has been awarded.

The administration has successfully reconstructed the Abuja Airport runway, completed and commissioned new terminal buildings in Port Harcourt and Abuja with Lagos, Kano, Enugu and the others soon to be inaugurated.

The Buhari administration has more than doubled power generation capacity. It has increased generation to 8,100 MW and expanded transmission to more than 7,000 MW capacity, and has successfully deployed thousands of solar power systems to rural and urban households.

This is an administration that has been investing in people. It has introduced a social Investment Programme (SIP), which so far, has four components. These are the N-power employment scheme that is hitting 500,000 this year, the home grown school feeding program that feeds more than nine million school children across the federation, the Government Enterprise and Empower Program, GEEP giving out interest-free loans to millions of market women, traders, artisans and farmers and the conditional cash transfer, CCT which pays N5,000 monthly to the poorest and most vulnerable households in the country.

In dealing with security, one of the first major steps by the Buhari administration was the revitalisation of the Multi-national Joint Task force , MNJTF aimed at combating transborder crime and the Boko Haram insurgency. The MNJTF has the support and participation of neighbouring countries Niger, Chad, Cameroon and Benin, in addition to Nigeria.

On the day of his inauguration, the President had directed the relocation of the command and control centre of the Boko Haram war to Maiduguri, the epicentre of the insurgency.

The military has since proclaimed victory over the Boko Haram terrorists, following the capture of their operational and spiritual headquarters, “Camp Zero” in Sambisa Forest.

So far, more than one million displaced persons have returned to their homes and communities. About 20,000 hostages have been freed. One hundred and six (106) Chibok Girls, abducted in April 2014 and 105 Dapchi Girls abducted in February 2018 have been released and reunited with their families

In the area of diplomacy and international relations, the Buhari administration has re-established Nigeria’s position and influence in regional and global arena.

As a political leader, Muhammadu Buhari enjoys three formidable assets– his record as a disciplined former Army General, his reputation as an honest leader who has not allowed corruption to flourish under his watch when he served as a state Military Governor, Minister of Petroleum and Military Head of State and the public perception of his record as one who stands for and by the truth, Mai Gaskiya.

The main opposition to President Buhari, the Peoples Democratic Party failed to realize how much these qualities meant to ordinary Nigerians; they did not reckon with the disillusionment of the citizens with their perceived acts of commission and omission for the 16 years they were in power.

They must by now, have realized with a with benefit of hindsight, that demonization and denigration of an individual does not bring in poll dividends. In their campaigns, they chose to demonise and denigrate Muhammadu Buhari as President. It did not pay.

Before and after this election, there is no face in the opposition who can match President Buhari’s inspiring character and personality. Many, including this reporter, believe that it wasn’t the rail, road or achievements in the power sector that won this election for President Buhari. No doubt, these and many others are important. They may have added a bit here and a bit there. But what won it for him, was the focus by the voter on the single most important factor of Mai Gaskiya.