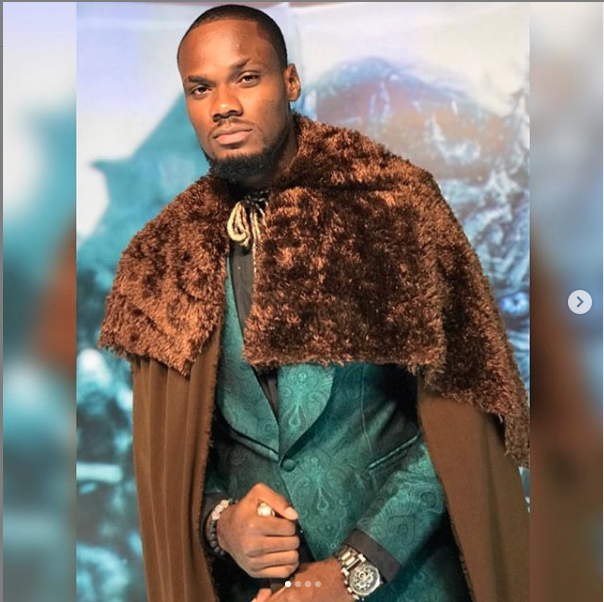 A Nigerian lady has taken to the microblogging platform to reveal why the recently evicted BBNaija housemate, Prince, rejected the GoFundMe account set up by his fans.

According to her prince is too Igbo too reject the money.

She made reference to when Prince himself said he is too Igbo to joke with his money while quarrelling with Lucy in the house.

The lady stated that Prince rejected the GoFundMe gesture from his fans because the account didn’t receive any donations.

Sharing a screenshot of prince’s GoFundMe she wrote,

“Prince is too Igbo to reject money (guy legit said so himself in the house). The reason he rejected the gofundme is because it didn’t receive any donations” 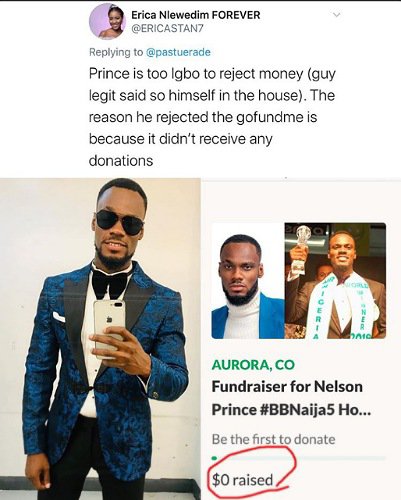 Mr Eazi replies fan who said he shouldn’t use his girlfriend, Temi’s Ferrari in music video