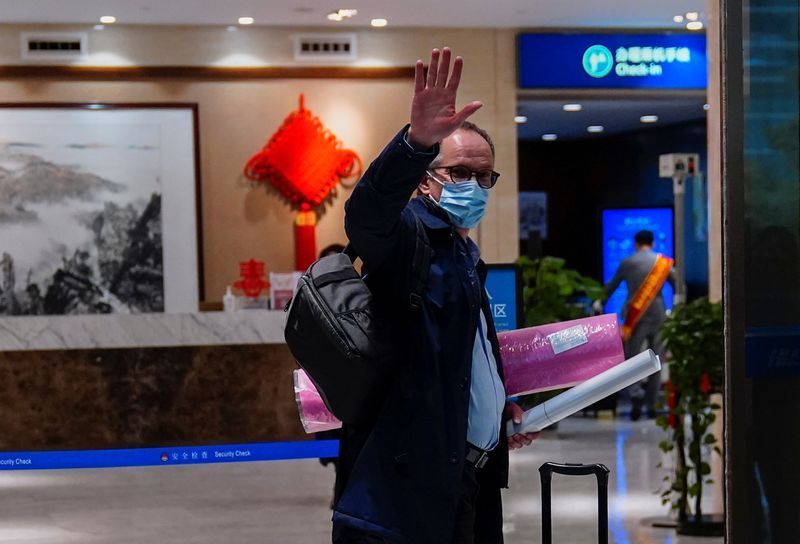 Bickering between China and the United States over the origin of the COVID-19 pandemic has continued even after the World Health Organisation, WHO, wrapped up its fieldwork in the Chinese city of Wuhan.

China on Wednesday called on the U.S. to invite the World Health Organisation to investigate the origins of the COVID-19 outbreak there.

This comes hours after the WHO team revealed preliminary findings at a Wuhan news conference on Tuesday, saying Wuhan Lab was not the origin of the virus, with Washington saying it wanted to scrutinize the data used by the team.

The WHO team had concluded that the virus causing COVID-19 did not originate in a laboratory in Wuhan, and that bats remain a likely source.

“We wish that the U.S. side can, like China, uphold an open and transparent attitude, and be able to invite WHO experts to the U.S. to conduct origin tracing research and inspection,” Chinese foreign ministry spokesman Wang Wenbin told a regular daily briefing, repeating a call it has been making recently.

The origins of the coronavirus pandemic, which first emerged in Wuhan in late 2019, are highly politicized, with China pushing the idea that the virus has roots outside its borders.

White House press secretary Jen Psaki said on Tuesday that the Biden administration had not been involved in the “planning and implementation” of the WHO investigation and wants to take an independent review of its findings and underlying data.

“The U.S. independently examining the WHO’s data? It’s the WHO who should examine the U.S. data,” said Hu Xijin, editor-in-chief of the Global Times.

“Did we all mishear, or is this spokesperson really so shameless?” Xu queried.

Peter Ben Embarek, who heads the WHO-led team that spent four weeks in China – two of them in quarantine – said that the investigation had not dramatically changed its picture of the outbreak.

He said it was possible that the virus crossed borders before arriving in Wuhan.

In addition to ruling out a lab leak, he said that frozen food could possibly be a means of transmitting the virus.

This would support a thesis backed by Beijing, which has blamed some case clusters on imported food packaging.

The WHO’s conclusion “completely refutes the conspiracy theory raised by some anti-China hawks, like former U.S. secretary of state Mike Pompeo, who has been accusing the Wuhan Institute of Virology of leaking the virus,” the Global Times wrote.

Pompeo had said there was “a significant amount of evidence” that the new coronavirus emerged from a Chinese laboratory.

Chinese officials have stressed in recent months that the virus could have emerged in multiple regions outside China.