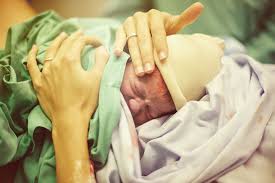 Leading physicians in the country have given an insight why many families insisted on waiting to collect their baby’s placenta after childbirth.

Although they argued that there was no scientific basis for the collection of placenta, the doctors nevertheless stressed it has a lot to do with the people’s culture and beliefs.

A Consultant Obstetrician and Gynaecologist, Dr. Joseph Akinde told PUNCH HealthWise in a recent interview that some relatives are so crazy about the placenta to the point that they can sue the doctor if he fails to provide it after delivery.

“We have people that are superstitious. If a doctor cannot account for the placenta, he can be fought to any length, especially in the eastern part of the country.

“Some people bury the placenta in designated places. Their belief is that no matter where the child grows, he will always trace his path to where the placenta is buried.

“Some people believe that the placenta could be used for ritual purposes, hence their insistence on taking possession of it.

“So, that is why some families are so crazy about it that if a doctor cannot account for it, they might even want to take him to court.”

The chairman, Society of Gynaecology and Obstetrics of Nigeria, Lagos State chapter also pointed out that certain people strongly believe that the destiny of the child is linked to whatever is done with the placenta. “But there is no medical basis for all these and there is no scientific basis for such belief,

The gynaecologist urged doctors to always ask from family members of the woman if they want to collect the placenta or not before discarding it to save themselves from embarrassment.

Chairman of the Nigerian Medical Association, Cross River State chapter, Dr. Innocent Abang toed the path of the latter when he said many people are steeped in traditional belief and practices about the placenta, though such practice has no scientific basis.

“They believe that if somebody picks a baby’s placenta and buries it somewhere, that is where the child’s destiny is buried.

“So, there are a lot of connotations attached to it. Most  times, family members take it themselves and go and bury it under a tree. Sometimes, they plant coconut atop the placenta.

“They believe that as the coconut is growing, that is the child growing. As it blossoms, they believe that the life of the child will blossom. So, there are a lot of spiritual, traditional and cultural connotations attached to the placenta. It is really funny.”

Related Topics:doctors explainWhat people do with placenta after childbirth
Up Next