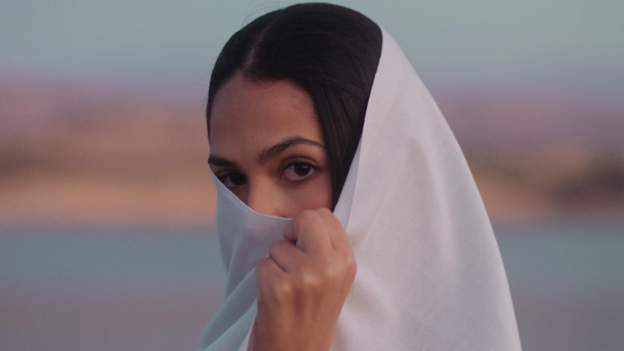 It might be nearly two decades since Destiny’s Child sang about Independent Women but Morocco’s Manal is keeping the spirit of Beyoncé and co alive and kicking as she gets ready to release her long-awaited debut album.

After winning Best North African Female at the 2015 All Africa Music Awards, thanks to the success of her first single Denia, Manal has spent the last five years fighting to ensure the choices she makes in her musical career remain hers alone.

Those sacrifices included giving up the support of a major label. With Manal now taking sole responsibility, it is perhaps no surprise that elements of introspection and self-analysis have crept onto the album, which is entitled 360.

“It’s a circle. I did a turn on myself to see who I am really, what I like to do. I really have the chance to do the true music that represents me and it’s really enjoyable for me to do it.”

The 27-year-old’s contemporary take on Arabic music fuses pop, rap and modern beats whilst also including some more traditional styles and melodies. But it’s not for everyone.

“When I tried to rap everybody was shocked because here rap is for men, not for women. I had a lot of reactions from my community. They were like ‘Oh, why did you rap? You could just keep singing songs with your guitar and you were cute and fun and everything’.”

Jibes about Manal’s style and image used to hit home, but not anymore.

“I was so embarrassed and I felt so bad about it, but now I really don’t care. I don’t think I disrespect anyone by how I’m dressing, what I say in my music.”

New label, new music, new attitude – but while Manal continues to push boundaries, she still struggles to accept her success.

“The fact that I get recognised on the streets, the fact that people talk about me, my music being played on the radio, is amazing. I still can’t believe this is happening to me.”

I was scared, nervous – Tiwa Savage