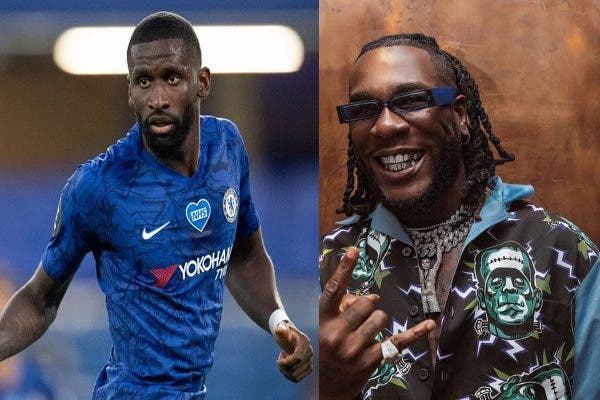 German international footballer and Chelsea defender, Antonio Rudiger has spoken about his love for Nigerian music superstar and Grammy nominee, Burna Boy and his music.

During an interactive interview with Chelsea official website, Rudiger who spoke about his taste in music disclosed that he gravitates to the rhythm and beat of music than lyrics.

When asked who he would love to watch perform live, he said:

“I would prefer Travis Scott because his concert are more likely.”

According to him, his go-to song is ‘Wetin Man Go Do’ by Burna Boy as he reveals it is his best song now and it is the song he jams to ahead of every football game.

ICYMI 🚨🚨@ToniRuediger performs his initiation song in this week’s 90 Seconds With 🎶🤣 pic.twitter.com/BNHGUzMm1m

Meanwhile, Big Brother Naija ex-housemate, Alex Unusual has taken to her Instastory on Instagram to blast a troll who insulted her mother.

According to Alex in the epistle she wrote to drag the troll, the troll involved her mother in a comment and she would not allow him to go scot-free.”

“If you know or you are connected to this miserable human, kindly reach its manners. You don’t involve my mother in a comment and go free if I come across it. I could care less what you say about me but never in your entire life involve my family.