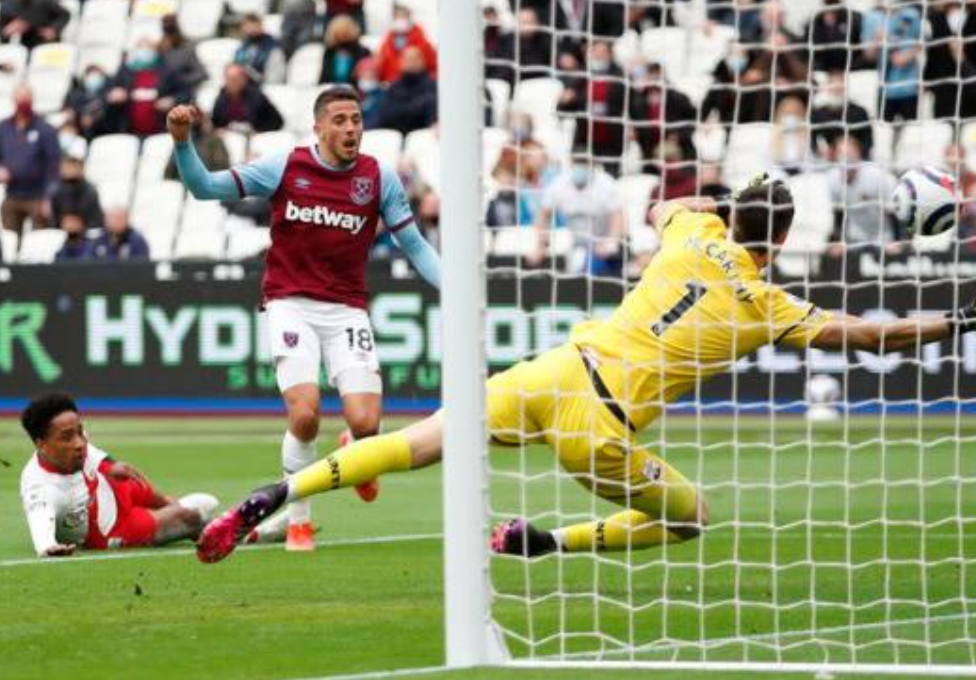 West Ham United secured Europa League football for next season and their best-ever Premier League points total after two goals from Pablo Fornals and a late strike from Declan Rice propelled them to a 3-0 home win over Southampton on Sunday.

Spanish midfielder Fornals followed up a shot from Jarrod Bowen on the rebound to put the Londoners in charge on the half-hour mark then scored again three minutes later, knocking home a cut-back from Vladimir Coufal.

David Moyes’ side were hungry for more goals and captain Rice adorned a memorable afternoon back in front of the club’s fans for the first time this year by adding a third in the 86th minute with the help of a Fornals assist.

West Ham finished sixth in the standings with 65 points, three more than their previous best total in 2015-16, and a drastic improvement on last season, when they came 16th.

Southampton finished 15th on 43 points after a terrible second half of the campaign followed a promising start.

Related Topics:EuropaSouthamptonwest ham
Up Next

JUST IN: Chelsea, Liverpool qualify for UCL as Leicester crash out of top four