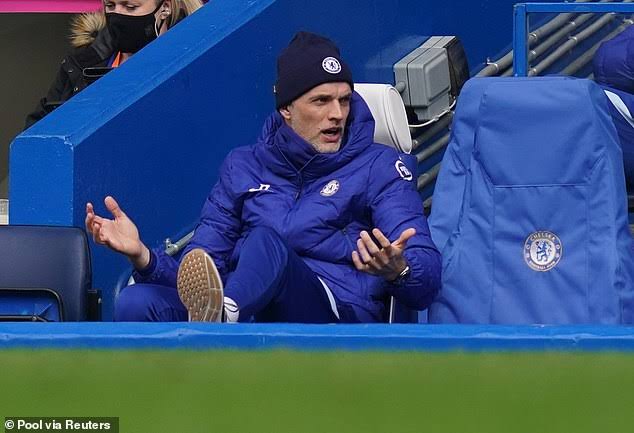 Chelsea manager Thomas Tuchel has reacted to his club’s 5-2 home demolition at the hands of relegation threatened West Brom.

The Baggies made a shocking comeback from a goal down as Mathew’s Periera and Robinson bagged a brace each in both halves.

Mbaye Diagne also scored to make sure Christian Pulisic and Mason Mount’s goals counted for nothing.

Speaking after his first defeat since replacing Frank Lampard in January,  the German conceded defeat as his side were outclassed with one man down.

“We gave away two easy goals before half time and in the second half, what could go wrong went wrong and we have to accept it’s a big loss today. I didn’t see but twice they were not his (Silva’s) mistakes before the two yellow cards.

“Our own fault, too many ball losses too many mistakes even before the goals came. Today was impossible for us to adapt to the situation and we have to accept it even though it’s very hard.

“It cannot get worse when you reach 45 mins and extra time with goals like this but it is not typical of us to concede goals like this. Two goals completely changed momentum. Every shot was a goal for them, we had big chances, clearly not our day.

“We will get the right response, because this is sport and this is absolutely necessary. It is important we digest it, it’s a lot. I did not see it coming, now we have to take responsibility, me included, shake it off, digest it and continue tomorrow.”

JUST IN: Man Utd fight back to beat Brighton 2-1