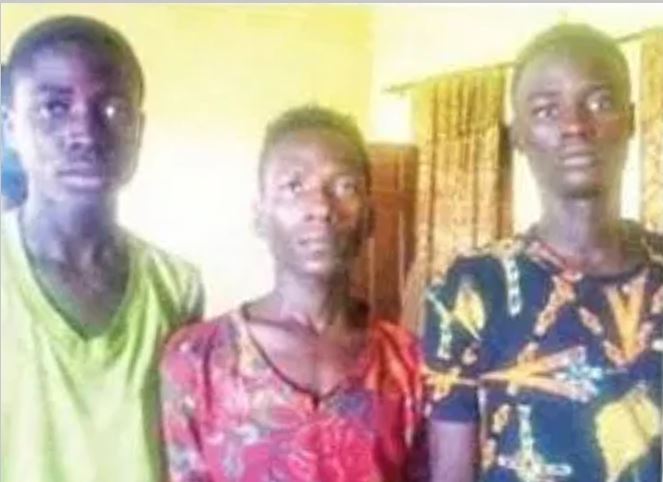 The police have arrested a three-man gang for the alleged rape of a 20-year-old woman in Paikoro Local Government Area of Niger State.

The suspects, 20-year-old Shafiu Isah; Jawalu Babuga, 19, and Musa Sabiu, 18, allegedly accosted the victim on her way from work and raped her.

During their parade by the police, the suspects said they had been raping girls for a long time and were never caught.

One of the suspects, Isah, said none of their victims or their parents had been bold enough to report them to the police.

He added that it was surprising when they were arrested because of the rape.

“We are street boys, we move from one village to another looking for whom to rape since we have no money to give to girls after sex. We usually perform the act where nobody will see us and our victim cannot refuse us sex.

“We have no means of livelihood and that was why we resort to raping women and girls.”

The incident was reported to the police by the father of the victim who said his daughter could recognise some of the suspects.

On a tip-off, the police trailed the suspects and arrested them.

The Police Public Relations Officer, Muhammad Abubakar said that the suspects confessed to the crime, adding that the case would be charged to court after investigations.

Nigeria’s Jumoke Ayedun arrested in US for stealing $17,000 from elderly woman