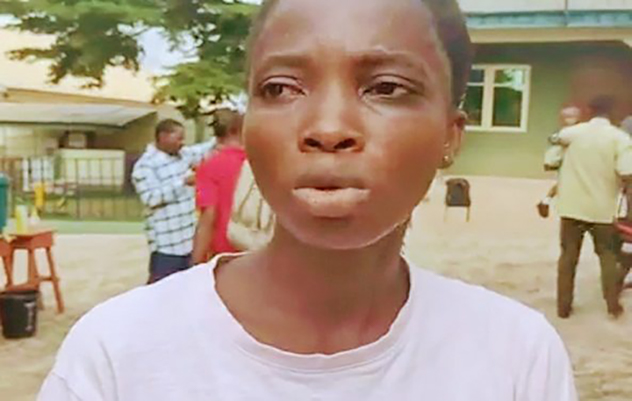 A staff of Chimola School in Akure, identified only as Peace, who was in the school bus hijacked by gunmen in the early hours of today has been released.

WUZUPNIGERIA gathered that the female attendant was released by the gunmen in a forest around the Ilara Mokin area of the state. However, the gunmen made away with the school bus.

The school proprietress, Mrs Bolatito Akindemowo, confirmed that the staff returned to the school about 9 a.m. today.

Recall that the gunmen who had hijacked the bus around 6.45 a.m. today dragged the driver off the bus before taking it away.

The woman attendant was the only one in the bus when the gunmen struck.

In a live video shared on Facebook by Shola Ilesanmi, the proprietress announced the arrival of the abducted staff and disclosed that the driver of the school bus was at a police station.

Related Topics:abductionFeaturedGunmenOndo school bus
Up Next

Herdsmen that killed my father, three siblings were up to 300 – Benue resident

One abducted as gunmen allegedly hijack school bus in Ondo