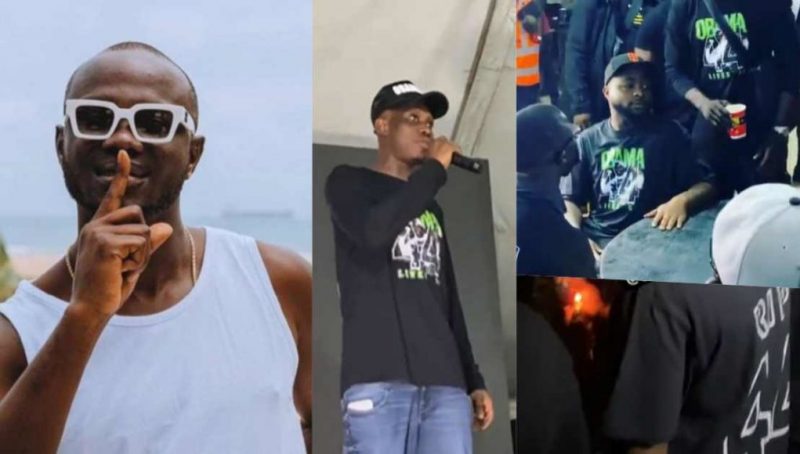 Obama DMW who died on the 29th of June from suspected heart failure after he complained of severe pains received massive love as well-wishers, friends, family members alongside his 30 BG crew came together all dressed in black to honor him in a candlelight service on Friday, July 9th.

This is coming days after Davido penned an emotional tribute to Obama DMW where he expressed the pains of the loss to his household.

“This is by far the hardest thing I’ve had to write. Hurt, broken, sad, and lost. For the first time in my life, I am EXTREMELY confused. The pain is one I cannot explain. 44 was more than an elder brother to me, he was a protector. someone that literally just always made me smile no matter the issue, problems I had.

“You became so peaceful. You found peace and purpose, a true generational influence. I cannot even begin to count the number of people you helped, artistes you brought to me, people you brought together in nothing but love and brotherhood. Actors, artistes, influencers all. God!…

Watch the highlights of the candlelight service below;

I have become more confident after butt surgery – Nina Ivy