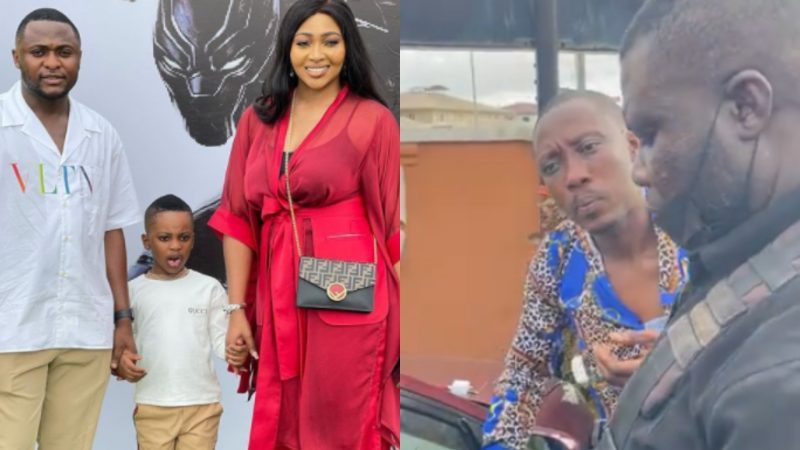 Politician and Entrepreneur, Ubi Franklin, recently released a video on his social media pages of an alleged serial thief that came to his son’s party.

Recently, the Founder of the record label ‘Made Men Music Group’ and his ex-wife, actress Lilian Esoro hosted a birthday party for their son, Jayden, who just turned five on Saturday, July 18.

Little did they know that amongst the guests was an uninvited alleged serial thief.

Ubi who released the video on Monday alleged that he was at an event where the man stole some items just a day before his son’s birthday but wasn’t caught.

Unfortunately for the unidentified man, he decided to show up at his son’s birthday party. This time he was caught because they were vigilant.

“That’s the Thief.
“Look out for him wherever You see him.
“He stole at an event the previous day and he came to try the same thing at my son’s party.
“Thank God we were vigilant,” he said.